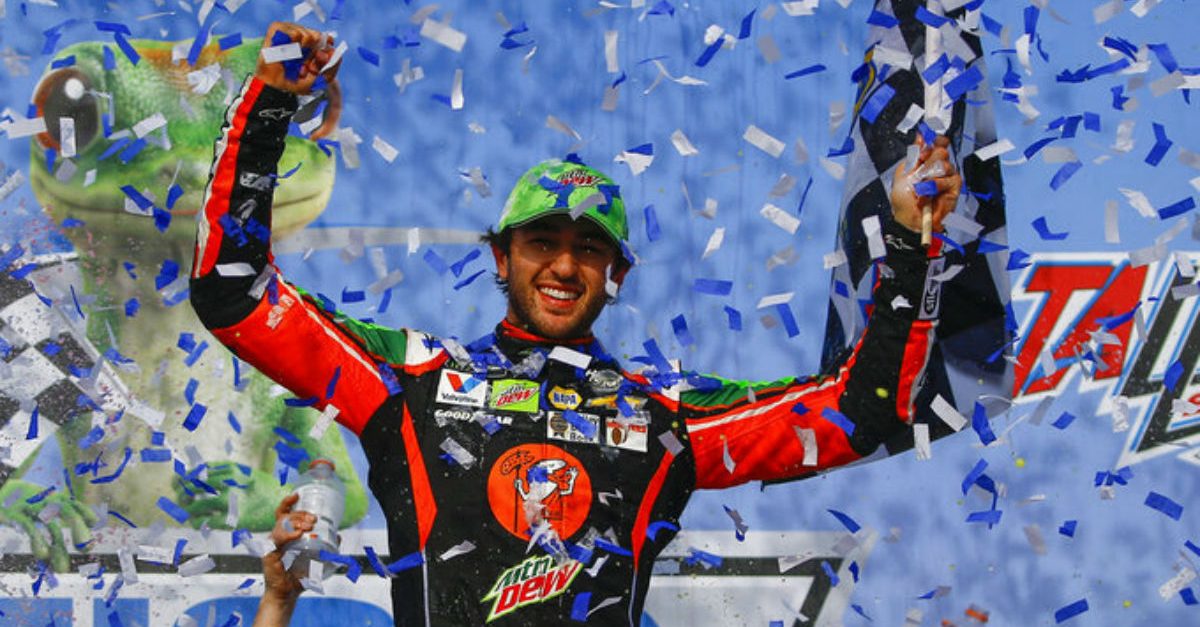 Elliott took the lead shortly after a restart with four laps to go and worked with three other Chevy drivers to hold off the rest of the field. He won for the first time since October and went to victory lane about 100 miles from his hometown in Georgia.

“What a day,” Elliott said.

Elliott is the sixth driver to win through 10 Cup races this season and locked up a playoff spot.

Elliott credited a meeting with all Chevy drivers for the late-race teamwork.

The race ended under caution after David Ragan hit William Byron, who tagged Kyle Larson and sent him sliding across the track. Larson then flipped half a dozen times before coming to a stop.

“It was a little bit scary, but thankfully I’m all right,” Larson said.

The 2019 aerodynamics package had cars reaching higher speeds than NASCAR wanted in practice, so officials tried to slow them down with a late rules tweak. But the changes made the cars go even faster, leaving many veterans wary of the closing speeds and potential for chaos and high-speed crashes.

But the race was mostly wreck-free ? until the final lap.

Elliott’s victory ended a seven-race winning streak for Ford at Talladega. Penske Racing had won six of the last nine.

But it was a Chevy celebration ? for a change.

Aric Almirola turned Chris Buescher, who was vying for the 10th spot, coming out of Turn 2 and caused a four-car wreck that included Truex and brought out a red flag. Buescher slammed into the wall and started spinning.

Matt DiBenedetto had nowhere to go and rammed into Buescher’s rotating Chevy, lifting it several feet off the track. Buescher car then hit Truex and Justin Haley.

It didn’t take long for the first wreck at Talladega Superspeedway. The first one caught up Stewart-Haas Racing teammates Clint Bowyer and Kevin Harvick.

Bubba Wallace and Ryan Blaney tangled on Lap 10 to touch off the crash that also caught up Daytona 500 winner Denny Hamlin.

Wallace went low, got sideways and then slid back across the track, slamming into Michael McDowell and causing heavy damage to both cars. Harvick, McDowell and Wallace were knocked out of the race.

Hamlin joined them in the pits a short time later.

Seven-time series champion Jimmie Johnson ran over a piece of debris, punctured a tire and hit the wall early in the race. He fell several laps behind the leaders and extended his career-long winless streak to 69 races.

The Cup Series moves to Delaware next Sunday for the Dover 400. Elliott is the defending race winner.

Read More: Was the Worst NASCAR Race in History the 1969 Talladega 500?