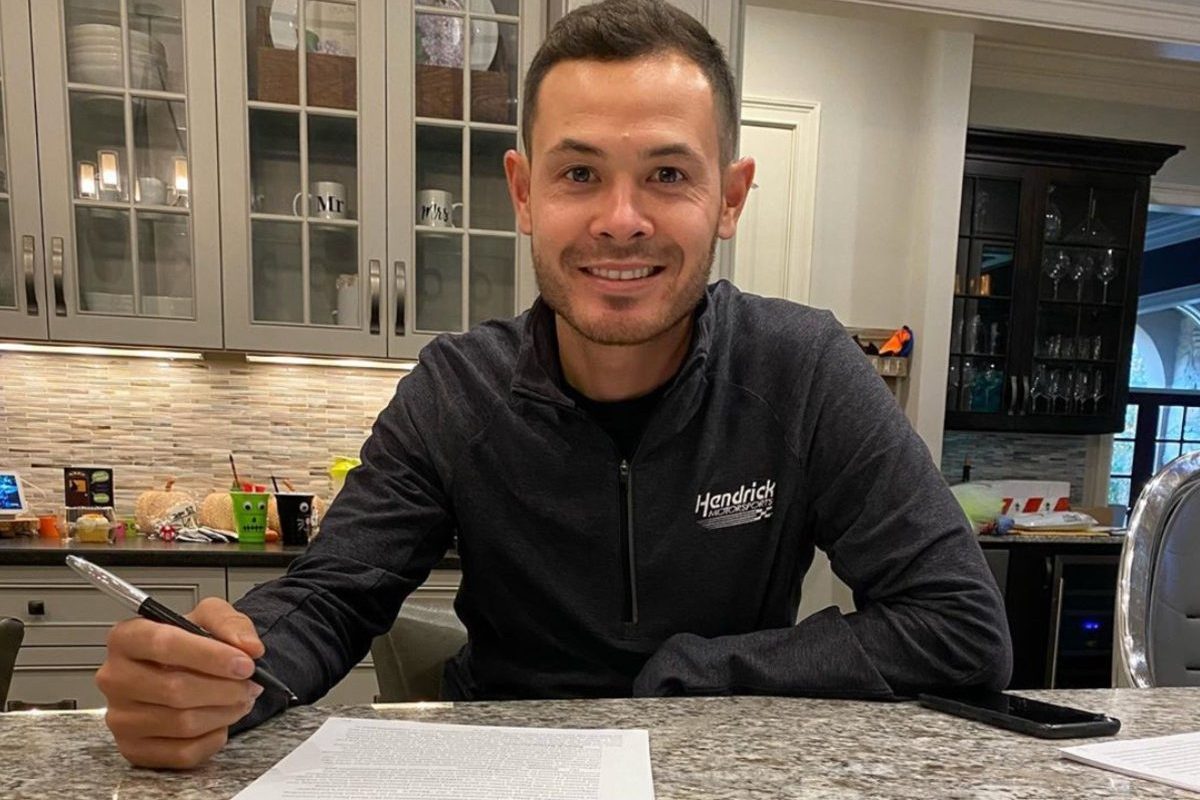 NASCAR driver Kyle Larson, who was suspended for six months after uttering a racial slur during an iRacing event, signed a multi-year contract with Hendrick Motorsports on Wednesday.

The 28-year-old Larson will drive the No. 5 car, which is returning to the NASCAR Cup Series for the first time since 2017. Cliff Daniels will serve as Larson’s crew chief.

?Kyle is unquestionably one of the most talented race car drivers in the world,? team owner Rick Hendrick said in an official statement. ?He has championship-level ability and will be a significant addition to our on-track program. More importantly, I have full confidence that he understands our expectations and will be a tremendous ambassador for our team, our partners and NASCAR.”

?Kyle and I have had many, many conversations leading up to today?s announcement. I?m confident about what?s in his heart and his desire to be a champion in all aspects of his life and career. Kyle has done important work over the past six months, and Hendrick Motorsports is going to support those continued efforts.?

As part of his reinstatement process, Larson, who has already completed initial sensitivity training, will also undergo follow-up training with RISE (Ross Initiative in Sports for Equality) through 2023 and give several speaking engagements within the NASCAR community.

The former driver of the No. 42 Chevrolet for Chip Ganassi Racing will also serve as a coach and mentor for Rev Racing and the Urban Youth Racing School, a Pennsylvania-based school that exposes students of color to motorsports.

In a statement of his own, Larson added, ?Hendrick Motorsports is a championship organization that has set a high bar for performance and for how its drivers represent the team and its partners,? Larson said. ?My goal is to win races, be a great teammate, continue my personal efforts to grow, and hold myself to that high standard personally and professionally. Making the absolute most of this platform and the opportunity in front of me is my focus. I know what?s expected of me and what I expect of myself, on and off the track.

?Mr. Hendrick is one of the people who extended a hand to me over the past six months. Our initial conversations were not about racing. He cares about me as a person and wants to see me succeed beyond driving. I can?t put into words how grateful I am for the commitment, the faith and the confidence from him and everyone at Hendrick Motorsports.?

Humbled, honored and so grateful for this next chapter in my life. Thank you @TeamHendrick look forward to great things on and off the track! pic.twitter.com/MFjFQlTpsi

Larson’s teammates at Hendrick include Chase Elliott, William Byron, and Alex Bowman, who will be replacing retiring Jimmie Johnson in the No. 48 car.

Larson’s No. 5 — a number that has graced the cars of such greats as Terry Labonte and Geoff Bodine — will replace the No. 88, which Hendrick has raced in the Cup Series since 2008.