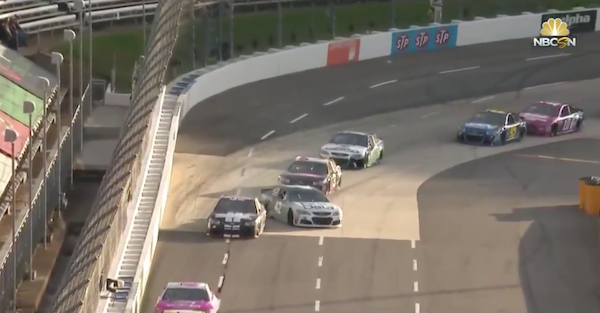 Larson’s 42 car spun out of control in the final stage of the race, and the crash ended his day early.

Kyle Larson's day ends early at @MartinsvilleSwy. He crashes out of the race! Watch now on @NBCSN!#NASCARPlayoffs pic.twitter.com/o6fAjxOCF3

Related: Bubba Wallace and Kyle Larson tell horrible jokes, and they crack themselves up

Larson has won four races this season, which is tied for the second most of any driver with Kyle Busch behind Martin Truex Jr. But the engine failure last week in the cutoff race eliminated him from the playoffs, and he won’t finish for the second straight week.

It’s a tough way to end the season since it had been so promising for Larson, but the young driver will be among the favorites to win the championship next season.