Kyle Larson Has Some ‘Cheating’ Thoughts on the Chip Ganassi Racing vs. Hendrick Motorsports Chevy Rivalry 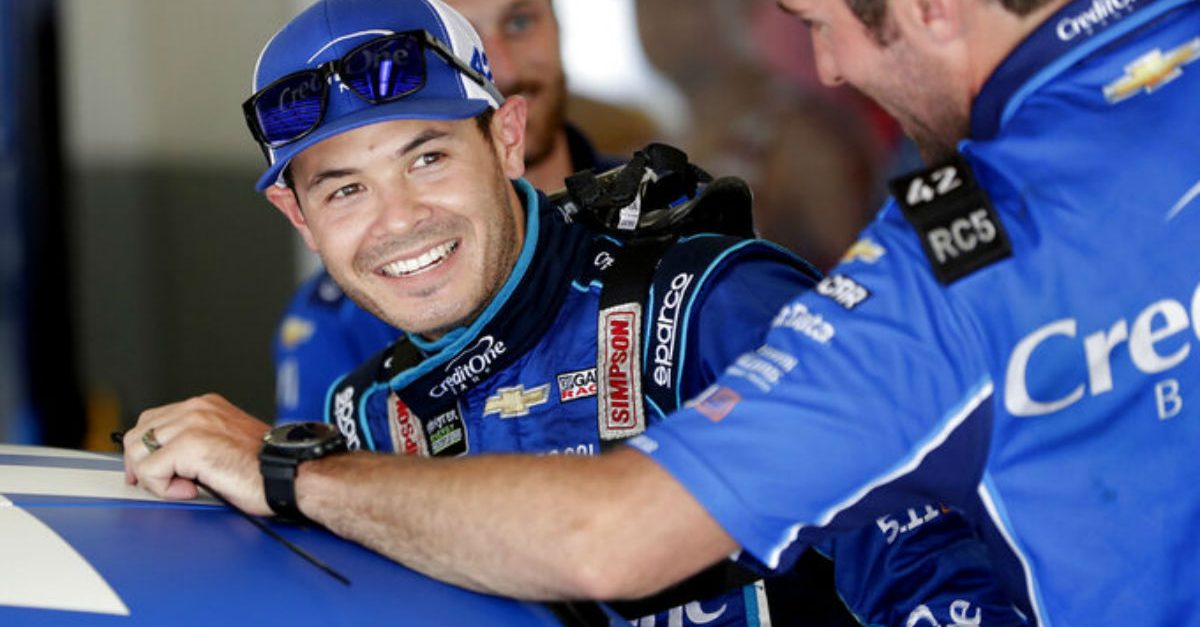 After going winless in 2018, Kyle Larson is definitely hoping that 2019 marks a rebound year. While the driver of the No. 42 Chevrolet Camaro ZL1 is still chasing that elusive win, last Sunday’s race at Atlanta was a pretty good showing overall for Chip Ganassi Racing.

Kurt Busch ended up placing third (the best finish for a Chevy driver), and while Larson led for 142 laps, he ultimately finished in 12, slowed down by a pit road speeding penalty.

When it was all said and done, the Chip Ganassi Racing Chevys finished better than the Hendrick Motorsports Chevys, with the highest placer for Hendrick being Alex Bowman at 15th. So far, CGR is in a fairly ideal spot when it comes to Chevrolet domination. But, as Larson revealed in an interview with NBC Sports, he suspects that Hendrick will probably conduct a late-season surge as it’s done in previous years.

“Atlanta is so different than any other track that we?re going to go the rest of the year that you can?t jump to conclusions off one week,? Larson said ?I feel like Hendrick plays games in a way with NASCAR. I feel like they always start the year off kind of bad to like show NASCAR that they?re being nice and cooperating and following the rules and stuff, and then it gets a couple of months in, and they start cheating and finding some speed.”

Made a stupid mistake on pit road that costed us a better finish today. Great car up till then. Lost the handling in all that dirty air in the back. 🤦🏻‍♂️

Now, as the famous NASCAR saying goes, “If you ain’t cheatin’, you ain’t tryin’.” NASCAR is constantly fine-tuning its inspection process, and drivers are constantly looking for ways to circumvent the rules and run faster races. If they can do it all without being caught, it’s all well and good. Of course, that big “if” can be the difference between a solid playoff run and a winless season.