Kyle Busch uses an expletive to tear into a fellow driver 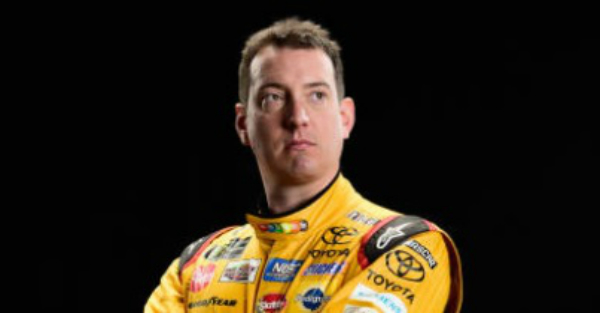 Kyle Busch made headlines during the offseason when he said NASCAR was focusing too much on promoting younger drivers, and he was met with criticism from his fellow drivers.

Ryan Blaney was one driver who was especially critical of Busch, and Blaney even said he knows Busch turns down some promotional opportunities.

Well, Busch didn’t take too kindly to Blaney’s comments, and he even used an expletive to describe his feelings towards Blaney.

“I wasn?t even asked for that one,” Busch said according to NBC Sports. “So Ryan Blaney telling me I say, ‘No,’ and that he knows personal and first-hand. He?s full of s-h-i-t.”

Busch said he actually recently participated in a promo shoot with 16 other drivers, and he pointed that out in reference to Blaney’s comments.

“If I would have known that was coming four days earlier than I did, I probably wouldn?t have many of the comments that I had,” Busch said. “You?ll see the commercial that comes out this week but it was a mix of the young guys, some of the old guys. Things like that that was going on. It?s a pretty cool spot. There?s some drama to it.”

Busch already has a rivalry with Brad Keselowski, and he could be adding another rival this season with Blaney. Busch’s comments might’ve been wrong, but they were a good thing for the sport ? especially if it leads to drama on the track.