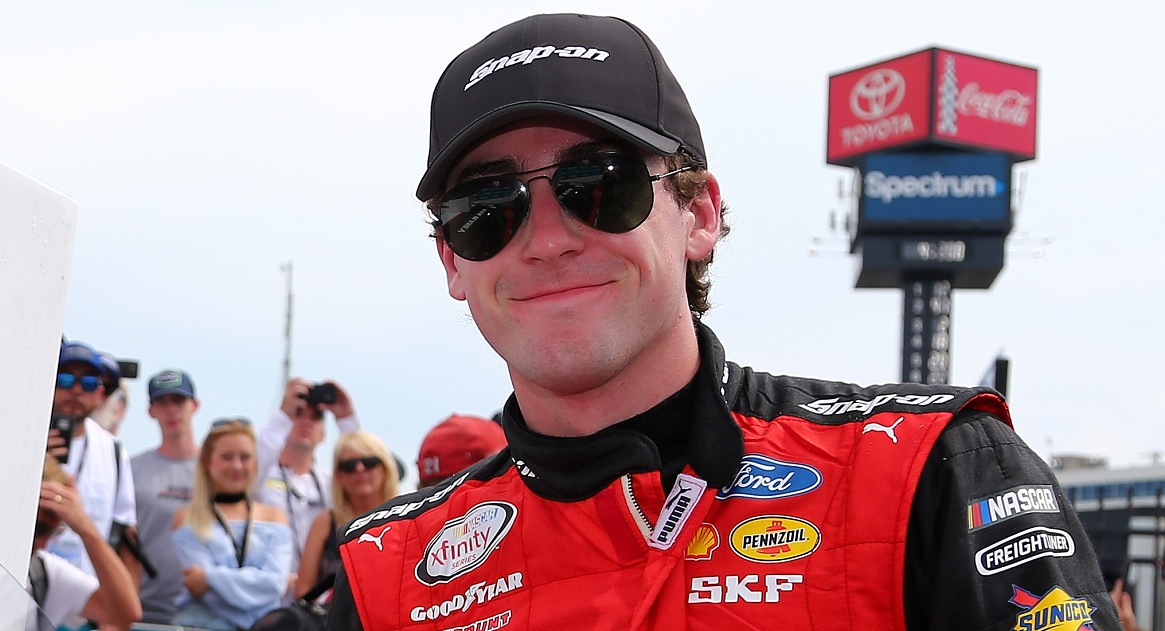 Kyle Busch ruffled some feathers at the NASCAR Media Tour when he claimed the sport is focusing too much on promoting younger drivers.

Busch said it’s “stupid” of NASCAR to focus on young drivers when there are plenty of great veteran drivers, but one of those young drivers disagrees with him.

Ryan Blaney was asked about Busch’s comments during the NASCAR Media Tour, and he said it’s good for the sport to give young drivers a chance for more exposure.

“I?ve been really fortunate to get a lot of great chances from NASCAR to go do things outside of motorsports,” Blaney said via NBC Sports. “NBC and NASCAR were a big thing in getting me to do ‘Taken,’ the Cars (3) voice and Logan Lucky. That was all really from NASCAR. I?ve always been very open to do a lot of the things they want. It?s not always been stuff like that. You go do some markets where maybe you don?t think it?s going to be a very good market, but you do it anyway because it helps the sport and it helps yourself. It?s win-win for everybody.

“Maybe (Busch) doesn?t like doing it. I feel like if some drivers were more willing to do these things they?d get asked more to do it. The reason I get asked to do it a lot is because I say yes a lot. Because I think it?s good for the sport and myself. I can tell you personally he doesn?t like to do a lot of stuff so that?s why they don?t ask him to do a lot of stuff.”

Blaney said on SiriusXM NASCAR Radio that he feels lucky to be a part of the youth movement for the sport.

Busch might not like the focus on the youth movement, but it’s the right move for NASCAR. So many popular drivers have retired in recent years, and ratings and attendance have already been on the decline.

As @BubbaWallace finishes interview, he looks at his phone. “Let’s see if I got a text from Kyle yet. … Nope, not yet.”

NASCAR officials are focusing on the younger drivers to prove to longtime fans that the sport has a bright future. Obviously, fans are still aware of Kyle Busch, Jimmie Johnson, Brad Keselowski, Kevin Harvick, Martin Truex Jr., etc, but fans want to know what’s next for the sport. And the next generation of NASCAR drivers looks very promising.