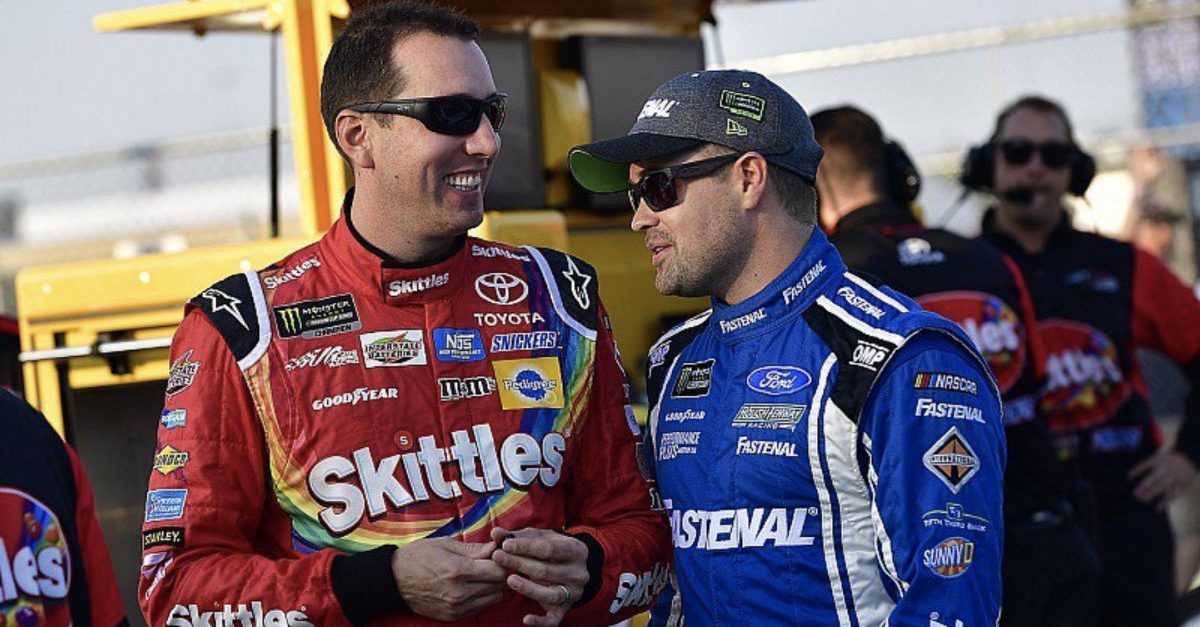 Kyle Busch seems to be most comfortable when inserted smack dab in the middle of a NASCAR feud, and following Ricky Stenhouse Jr.‘s apparent lack of remorse following him being at the center of the massive wreck at Daytona a couple weeks ago, Rowdy had no problem calling out Stenhouse publicly.

This has created something of a beef between the two drivers, which a number of experts and talking heads think needs to be squashed before it escalates into something much worse. Chief among them being former driver and current commentator Kyle Petty.

During an episode of NASCAR America over the weekend, Petty argued that NASCAR itself needs to get involved in Busch/Stenhouse feud in order to avoid a repeat of the Joey Logano and Matt Kenseth situation from 2015.

?Where is NASCAR?? Petty posed. ?They didn?t step in when Logano and Kenseth got in their scrap and we saw how that ended up at Martinsville. We heard Ricky say, ?I?ll take care of it.? That seems to be a little bit over the line. NASCAR needs to step into this before it ends up on the race track and these other 36, 37 guys are involved in something that?s not of their making. ? I don?t care who it is. NASCAR needs to step into this.?

For those of you not familiar with what went down between Kenseth and Logano a few years ago, the pair ended up beefing for several weeks after Logano spun out Kenseth’s No. 6 Ford Fusion race car during a playoff race at Kansas Speedway. The feud culminated in Kenseth intentionally wrecking Logano at Martinsville, which earned Kenseth a two-race suspension.

So far, Busch hasn’t gone after Stenhouse on the track, though Stenhouse’s failure to apologize following the incident at Daytona International Speedway clearly has Busch pretty steamed, which he made clear during a Kentucky Speedway press conference ahead of the Quaker State 400 on Saturday night (a race that Martin Truex Jr. ended up winning).

?He wiped out half the field,? Busch said. ?Pretty sure there would be a pretty busy Monday for him but there wasn?t. So, apparently he just doesn?t care.?

Then, when asked if he’d race Stenhouse any differently at Kentucky, Busch came back with the ultimate dig.

?I can?t worry about people that far back in the field,? he said.

Talk about shots fired. Clearly, the two racers aren’t the biggest fans of each other. But hey, only time will tell whether or not that ends up culminating in more than just verbal barbs throughout the remainder of the NASCAR season.