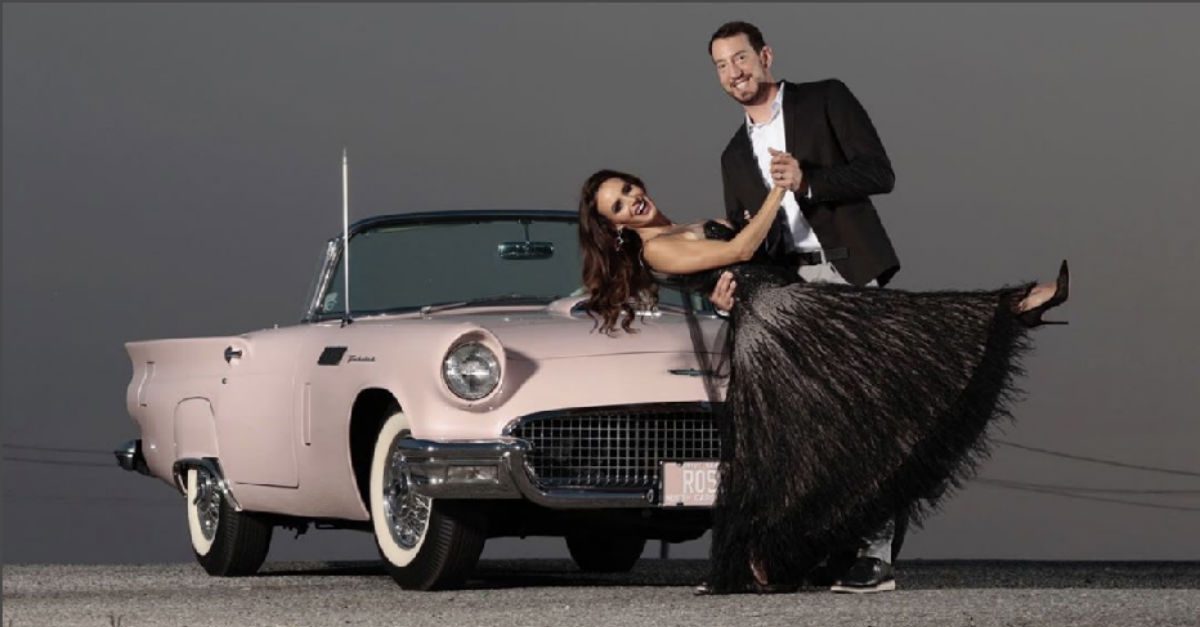 Even after nearly 10 years of marriage, Kyle and Samantha Busch still know how to keep the passion alive. On the seventh episode of the CMT show Racing Wives, during a dinner at Ashley Busch?s (wife of NASCAR driver Kurt Busch) family estate in Virginia, Samantha revealed wasn’t afraid to give the ladies an inside look into her and Kyle’s personal life.

“I think people get the seven-year itch when their guys stop being romantic and sweet and thoughtful. But, Kyle has not stopped,” Samantha says.

“I will be in the bedroom putting on a face mask and he?ll be watching racing out on the couch. And he?ll literally just send me a picture of an eggplant, and then I?ll send him an emoji of a taco and it?s like, ‘OK, game on.'”

This isn’t the first time that Samantha Busch has dished on her and Kyle’s sex life. On episode 2 of Racing Wives, the fashion blogger and owner of clothing line Murph Boutique talked about how she and Kyle used to exchange pretty steamy emails during their early dating days.

At the dinner party, the ladies started playing a game, asking each other personal questions. Sam revealed that when she and Kyle started dating, she was still in college at Purdue, so she wasn?t traveling the NASCAR circuit like now. So while they weren?t sending NSFW texts, emails were apparently a different story.

Back in those college dating days, it was just Kyle and Samantha. But now, they have four-year-old son Brexton. And, let’s hope he doesn’t have to hear these stories about Mom and Dad until…at least 35.