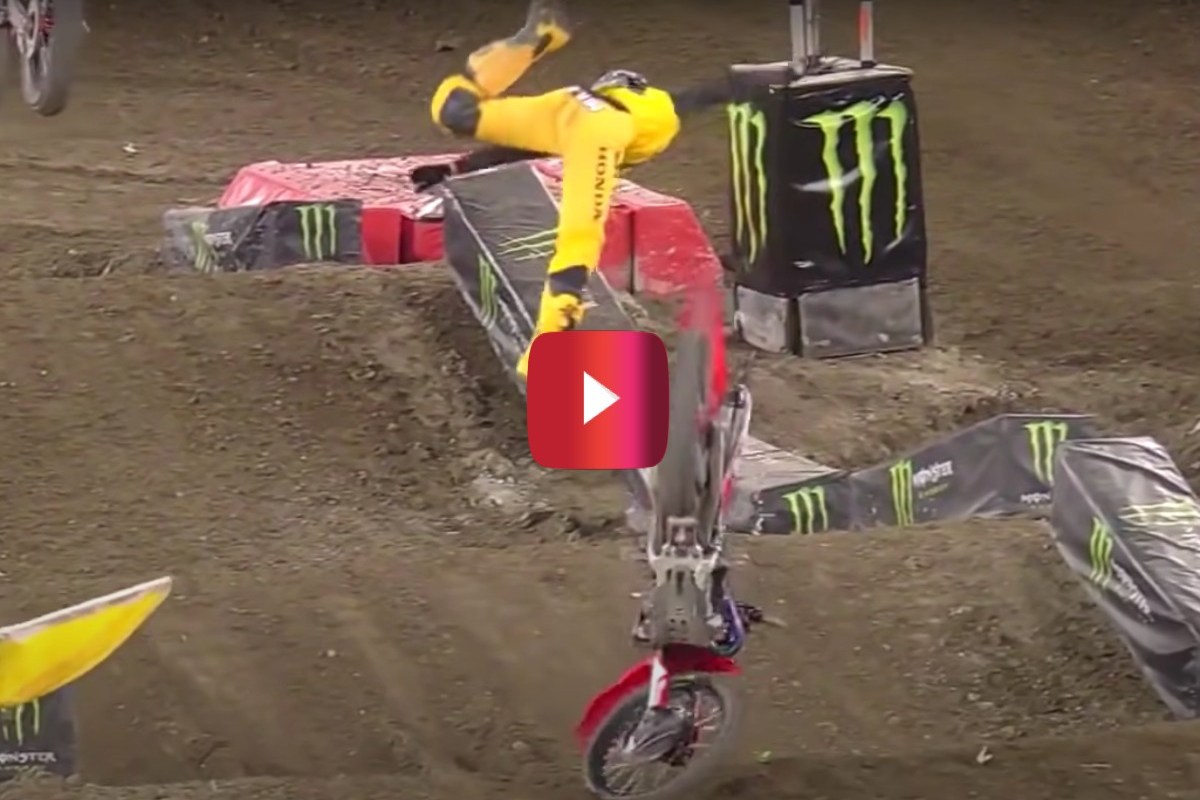 If you’ve ever watched motorcycle racing of any kind, whether it be motocross, drag racing, or endurance racing, you know exactly how dangerous it can be. Even the most trained racers suffer devastating injuries all the time, many of these injuries being career enders.

Which is why, with all that in mind, you’ll probably be surprised that German-born racer Ken Roczen still has a racing career following the intense injury he suffered a couple years ago.

It was January 21, 2017 at the Monster Energy Supercross Championship in Anaheim, California, when the now 25-year-old Roczen hit a bump and was tossed nearly 75 feet in the air. When he landed, his left arm took the brunt of it. It would later be diagnosed as a compound fracture.

“The first thought that came to my mind was, ‘there it goes…everything washed down the drain,'” said Roczen in a video produced by The Players Tribune.

It was as bad as he thought. In the video, Roczen describes the gruesome injury. As he explains, he was living with “an open arm.” So, yeah, as you can imagine, the guy was in a hell of a lot of pain.

“I have pictures of it where it was basically held together with a couple of rubber bands and like foil,” Roczen says in the video. “I had a 102 fever and this thing was boiling up…and I just wanted to seriously just cut the arm off, that’s how bad it was.”

Sidelined since a career-threatening injury in January 2017, @kenroczen94 is ready to make his return at Anaheim 1. pic.twitter.com/5VbeVFsBGD

In case you didn’t realize before that guys like Roczen were a different breed of human, realize it now. While the crash didn’t ruin Roczen’s career, it did cause him to miss the remainder of the 2017 supercross season, which is a real shame, considering the Honda Racing Corporation racer was favored to win the AMA Supercross Championship that year.

Unfortunately, that wasn’t the last time a serious injury temporarily sidelined Roczen. Almost exactly a year after his devastating supercross crash, the former racer for Red Bull KTM Racing was injured yet again, and missed the majority of the 2018 season, though he was able to come back in time for that year’s main event.

READ MORE: Jeremy McGrath, a.k.a. the “King of Supercross,” Was Unstoppable in the ’90s