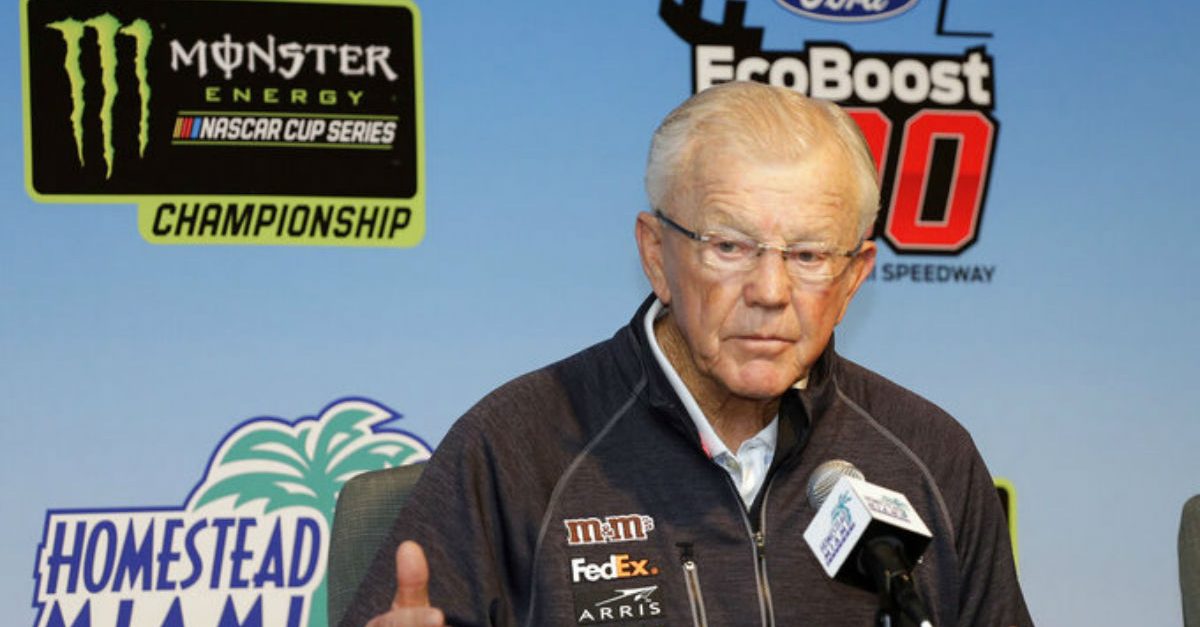 CHARLOTTE, N.C. (AP) — Joe Gibbs is a retired Hall of Fame NFL coach with three Super Bowl titles who changed course in his early 50s to wade into NASCAR and see if he couldn’t build a second career and a family business.

Gibbs not only developed a championship-winning organization that gave both of his sons leadership roles, but he also turned Joe Gibbs Racing into one of NASCAR’s elite teams.

Gibbs is taking three drivers to Sunday’s championship-deciding finale at Homestead-Miami Speedway, where the Toyota trio of Kyle Busch, Denny Hamlin and Martin Truex Jr. will race Ford driver Kevin Harvick for the title. The highest-finishing driver wins the Cup.

Gibbs has an interesting week ahead as he figures out how to manage three teammates racing for the exact same thing.

The business model in NASCAR can be messy for multi-car teams and those with alliances with other teams. Each car has its own sponsors to keep happy, its own individual team members and drivers laser focused on winning a title. Gibbs often says that model makes team-wide orders impossible, but there have been instances that have raised eyebrows, including Hamlin’s pivotal victory Sunday in Arizona.

Hamlin had to win to make the final four and a late restart put his chances in jeopardy. He lined up next to fellow contender Ryan Blaney for the three-lap shootout to the finish, and once he cleared Blaney to claim the lead, Busch wedged his car between Blaney and Hamlin as a buffer for Hamlin to drive to the win.

Could Busch have caught Hamlin and won the race for himself? Or did he ride it out in second for the greater good of Gibbs and Toyota?

Busch, who has grown crankier as he’s gone 22 weeks without a Cup Series victory, said he would have passed Hamlin for the win if he could have caught his teammate.

“I was racing for me at that point,” Busch said. “I couldn’t really get close enough to (Hamlin).”

When you know you’ll be racing for a Championship next Sunday.

Read More: Joe Gibbs Dishes on the Secret to His Success

In the season finale a year ago, Hamlin won the pole and had first choice of pit stall. But Hamlin was not racing for the title, Busch was, and the team had Hamlin defer so Busch could claim the position. Hamlin wasn’t happy about it but understood the team decision to give Busch every advantage possible to win the title.

Starting with the JGR team meeting Monday all the way into the final debrief before Sunday’s race, Gibbs has a pressure cooker to handle his three drivers, who have very different personalities. Busch is the regular-season champion and won the title in 2015; Truex won the 2017 championship driving for former Gibbs affiliate Furniture Row Racing and is in his first season as a fulltime Gibbs driver; Hamlin has never won a title and lost chances in 2010 and 2014.

“What I love about our sport is we work together at the race shop, try to prepare things, solve problems,” Gibbs said. “When we get to the racetrack, it will be three cars going for it. Three drivers want a championship. Their sponsors mean so much to us, each one of them, and it’s a separate story, each one of those.”

He then referred to his past: “When I was in football, it is one team and you’re trying to win with one team. This is four teams. Then when you get to the racetrack, it’s four teams competing against each other. I love that aspect of it. I’m thrilled to be a part of it.”

It’s been probably the best season for JGR since Gibbs launched the team in 1992. His drivers have won 18 of the 35 races, and even though Busch, Hamlin and Truex have been among the strongest teams all season, it seemed unlikely one organization would grab three of the four slots in the finale.

But this is a special year for “Coach Joe”, who has mourned the death of his eldest son, J.D., all year. The JGR president and co-chairman died in January after a long battle with a degenerative neurological disease. Since then, the organization — particularly Hamlin, who was discovered by J.D. Gibbs — has honored the late leader of the entire season.

Hamlin led a 1-2-3 Gibbs sweep of the Daytona 500 in February and the team has not stopped rolling since. Gibbs never forgets to credit J.D. after every victory and directs the public to a legacy fund that benefits Young Life Ministry.

On a personal level, Gibbs this year was elected into NASCAR’s Hall of Fame and his class includes Bobby Labonte and Tony Stewart, the first drivers to win championships for the organization. Stewart will sit alongside Gibbs this weekend in the traditional pre-race preview from the team owners.

Gibbs for now is figuring out how to handle this unusual championship situation.

“I would say at the race track obviously it’s going to be, you know, our three teams going for it as hard as they can, each one of them,” Gibbs said. “This is going to be kind of a wild week. I think it will be an unbelievable race. I think our fans will enjoy it. I think you got four heavyweights in there. Everybody has a reason to want to win it.”