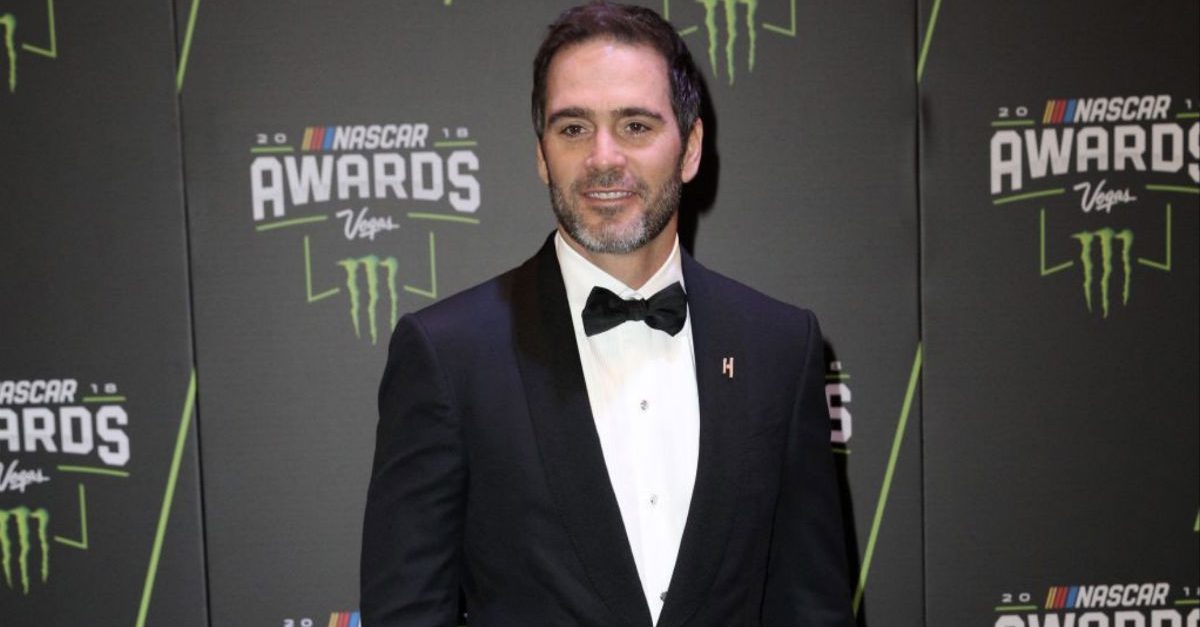 Jimmie Johnson has had to deal with a couple of significant changes over the past few months. In October of last year, he and Chad Knaus — Johnson’s crew chief of 17 years — parted ways, putting end to what had been the longest driver/crew chief pairing in NASCAR history. Shortly after that, Johnson inked a new sponsor deal with Ally Financial, several months after Lowe’s — his sponsor since 2001 — announced that it would be leaving NASCAR.

On Friday, January 11, as part of the new chapter in his career, the Hendrick Motorsports driver unveiled the new paint scheme for his No. 48 Ally Chevrolet on Good Morning America.

The brand-new @Ally 48 Chevy. Can’t wait to see it on the track this year! pic.twitter.com/VmKxflqAhU

As you can see from the above clip, the new paint scheme features a black base with highlights of purple and pink, while Johnson’s number is included in neon yellow. It’s a departure from his past colors of black and neon yellow or blue and white, but the two-time Daytona 500 winner and seven-time NASCAR Cup Series champion seems to be adjusting to the changes quite nicely.

Read More: This Guy Who Sunburns Chase Elliott’s Number on His Body Is the Ultimate NASCAR Fan

“This is an exciting beginning with Ally, and we wanted a car that conveyed that excitement to our fans,” Johnson said following the unveiling, according to NASCAR.com. “Personally, I’ve put a ton of time in on this paint scheme to help our team develop the new look.”

We wonder if Johnson’s daughters, Lydia and Genevieve, ended up having any creative input on the new Chevy scheme.

My girls are weighing in on what the 4️⃣8️⃣ should look like #DoItRight pic.twitter.com/IZtKpRwXIU

Despite having a new crew chief in Kevin Meendering, the former chief of recently retired Xfinity Series driver Elliott Sadler, and a new primary sponsor in Ally Financial, Johnson is still primed to have a successful NASCAR Cup Series Season. He may not be as dominant recently as he was throughout the majority of the 2000s, but even at 43 years old, an eighth title for Jimmie Johnson isn’t entirely outside the realm of possibility.

NEWS: @JimmieJohnson unveils his @TeamHendrick No. 48's primary paint scheme for the 2019 season.

Read More: Jeff Gordon Says That the “Greatest Day of My Life” Was When Dale Earnhardt Jr. Fans Threw Beer at Him