With several veterans leaving NASCAR, one graybeard is looking forward to being around for a while 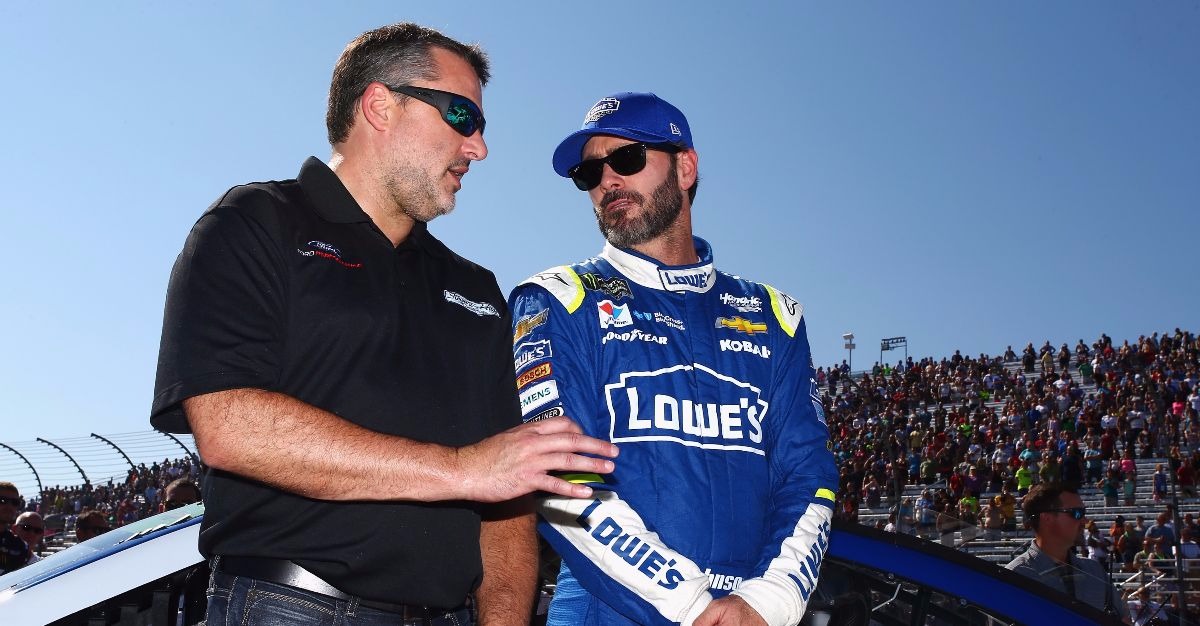 In recent years, NASCAR has seen some of its biggest names leave the sport, but one driver says he’s not planning on leaving anytime soon.

Over the past few years, NASCAR has seen some of the greats such as Tony Stewart, Jeff Gordon, Matt Kenseth, and Dale Earnhardt Jr. retire, which has had an impact on the sport. But longtime driver and seven-time champion Jimmie Johnson plans to be around for at least a few more years.

“I signed an extension last year for three years at Hendrick Motorsports, so I at least have three more,” Johnson said,  according to The Final Lap.

Johnson had a less than stellar season in 2017, and is hoping to turn things around for his 2018 campaign. With career lows in top-5’s, top-10’s, and laps led, something’s got to give.

“We kept hoping every stone we turned over would help us find our problem,” Johnson said. “What was so frustrating is I’ve never worked so hard in my life to get such little return.”

RELATED: This one insane stats shows the impact turnover has had on NASCAR

Some changes have been made in the off-season that have Johnson optimistic about the upcoming year.

Of the changes made at Hendrick Motorsports this off-season, the most notable is the retirement of Earnhardt and veteran Kasey Kahne left the team as well. The young drivers that have been added to the team to fill the voids refer to Johnson as “Grandpa.” The combined ages of William Byron and Alex Bowman are almost equivalent to the age of Johnson.

Heading into the season, Johnson won’t allow last year’s mishaps to impact the possibilities of the future. But he’s had time to reflect on his time in NASCAR and his progression.