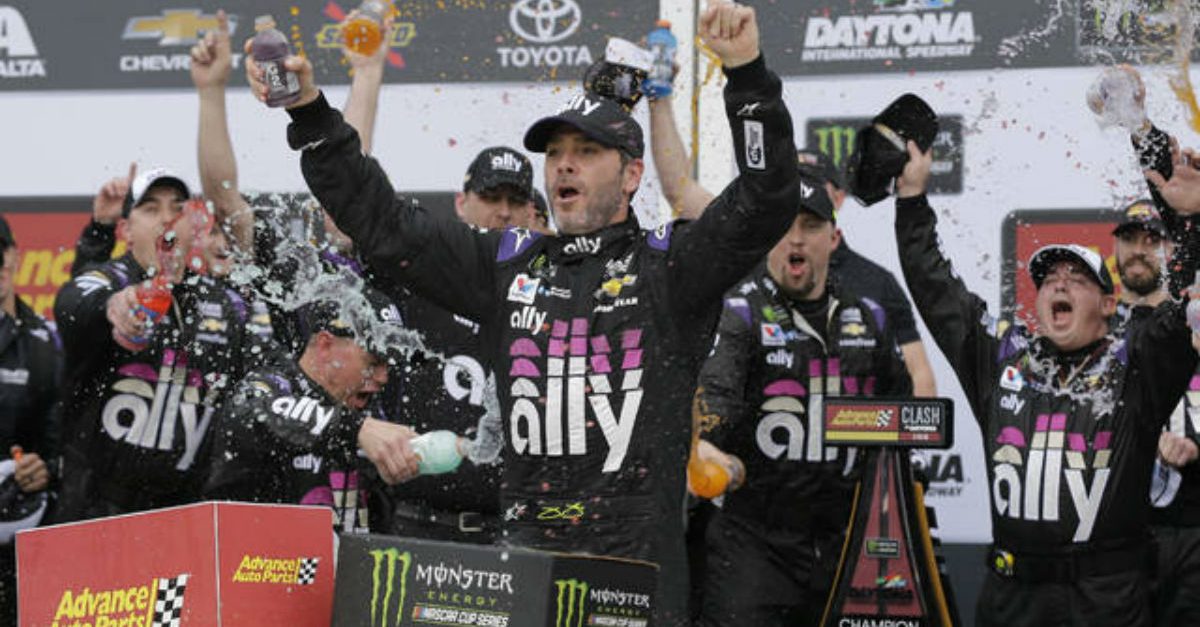 “The elite level of conversations he and I had, which will lead to resolving issues with the car quicker, I think that spark and whatever that is, carried over to the crew guys,” Johnson said Saturday before qualifying eighth on the road course at Watkins Glen in his No. 48 Chevrolet for Hendrick Motorsports. “Just moving the ball further down the field in a shorter period of time. Cliff, as soon as he came back, we just got more done faster.”

The 31-year-old Daniels was tabbed on Monday to replace Kevin Meendering after Johnson’s winless streak reached 80 races. He’d been back with the team since June at Sonoma.

“Cliff coming back was never a move,” Johnson said. “His wife is due in a week or two. He had picked a different career path within the company to run simulation and through the offseason had decided he was going to come off the road permanently. The road wasn’t for him. He was taking a different path, but when we called on him to fill in for that month just to try to see what we needed, things changed quickly. Nobody had an agenda. Literally, the last two weeks it came to life.”

Read More: Jimmie Johnson Gets New Crew Chief After Missing out on Playoffs

Johnson said Meendering was blind-sided by the move.

“He was caught off-guard. I hate those moments and I honestly do truly feel for him,” Johnson said. “I know Hendrick has big plans for him. I still don’t want him to rule out being a crew chief again. I hope he stays with us.”

Johnson split with longtime crew chief Chad Knaus after going winless last year, ending a historic 17-year run that produced a record-tying seven Cup championships. Meendering succeeded Knaus, who moved to take over as crew chief for 2018 Rookie of the Year William Byron and the No. 24 Chevrolet for Hendrick. Byron is ranked 12th in the standings, 62 points ahead of Johnson.

“Emotionally, it’s tough. There’s no way around it,” Johnson said. “If you look at my personal life, I’ve had long-term relationships, so this isn’t something that I’m comfortable with. But in my heart, I just felt like we will get back to our competitive ways faster, sooner, with him in that position.”

Johnson sits in 17th place in the standings, 12 points out of 16th place. The top 16 drivers after the Sept. 8 race at Indianapolis will qualify for the postseason. Johnson, who has never missed the postseason, hasn’t won since Dover on June 4, 2017. He won a pole position at Texas in the spring and has only eight top-10 finishes in 21 races this season.

He’s not thinking about title No. 8 just yet.

“The championship would probably be tough to weigh in on right now, but we still have a lot of racing left,” Johnson said. “We’ve got to crawl before we walk the cliff. I think we can make the playoffs and I feel with Cliff new to this role and the changes he will make, I think we will continue to grow as the year wears on. At what rate, we can argue that until we’re blue in the face.”

Hall of Famer Jeff Gordon, third all-time with 93 wins, struggled, too, before retiring from full-time driving at age 43 after the 2015 season. Gordon also went winless twice, in 2008 at age 36 and again in 2010, but won 11 times in his final five full seasons at Hendrick. Johnson turns 44 in September.

“He’s certainly been a huge help, an asset,” Johnson said about Gordon. “When I look at a lot of the greats, you have this moment in time where things go so well and I think timing and a lot of variables play a key role in that. You’re trying to put that back together and that’s the stage I’m in. We have a very strong core group.”

Johnson has one more year left on his contract at Hendrick and left open what the future might hold.

“A year from now I might have a different opinion of myself and might say, ‘Look, I don’t have it. Time to hand the wheel over to a young guy and let someone else have a shot at this thing.’ ” he said. “But the amount of time and effort I’ve put into this, my heart and soul is in it. I’ve never worked so hard in the last five years to try to stay on top of my game, but I’m having a huge moment recognizing just how important every individual is on the team.

“If my fire goes out or I feel like I’m not competitive, I feel any driver would say that if you feel like you’re not competitive it’s time to walk away. I wouldn’t read too far into the comment, but just the reality that I’m only under contract through next year and I certainly have less years ahead of me than I ever have in my career.”