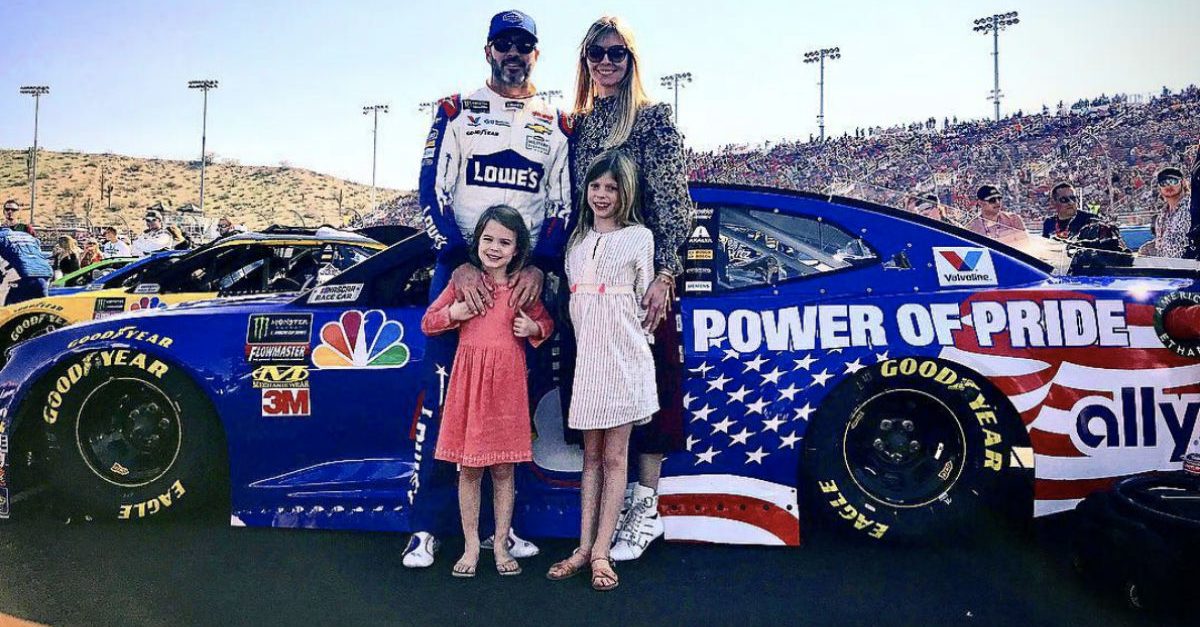 On January 11, seven-time NASCAR champion Jimmie Johnson will be on Good Morning America to unveil the official paint scheme for the No. 48 Hendrick Motorsports Camaro ZL1. But, instead of waiting for the official unveiling, Johnson’s daughters, Genevieve and Lydia, decided to put marker to paper and draw up their own paint scheme concepts for Dad.

My girls are weighing in on what the 4️⃣8️⃣ should look like #DoItRight pic.twitter.com/IZtKpRwXIU

Now, unless the Johnson girls have some sort of insider information that we don’t, we’re guessing that Jimmie’s Chevrolet isn’t going to be looking anything much like the drawings. These would look pretty wild on the track though.

What we do know about Johnson’s car for the upcoming Cup Series season is that it will be covered with full-time primary sponsorship from Ally Financial.

Johnson, who is currently on a 59-race win drought, is looking to bounce back from his lackluster season in 2018 and have a monster run in 2019. The two-time Daytona 500 winner wasn’t completely focused on racing during the off-season though, with the Jimmie Johnson Foundation awarding more than $300,000 in grant money to schools in California and Oklahoma — where he and his wife Chandra grew up, respectively — as well as North Carolina.

“Schools have so many, wide-ranging needs,” said Johnson, following the announcement in mid-December. “We were very impressed by this year’s applications, and we’re thrilled to be able to support these important projects through the Champions Grant program.”

Obviously, Jimmie will need more than charity if he hopes to see a good deal of victory lane in 2019. Now, that’ll make for quite the uphill battle, especially considering his new sponsorship and the fact that he and former crew chief Chad Knaus, who worked together for 17 years, split ways back in October. Not to mention that, at 43 years old, Johnson’s one of the oldest drivers in the league.

But, with it being more than a month out before the NASCAR season even starts, it’s probably way too early to start talking about championship runs.