Jimmie Johnson and His Daughter Are Both Ski Champs 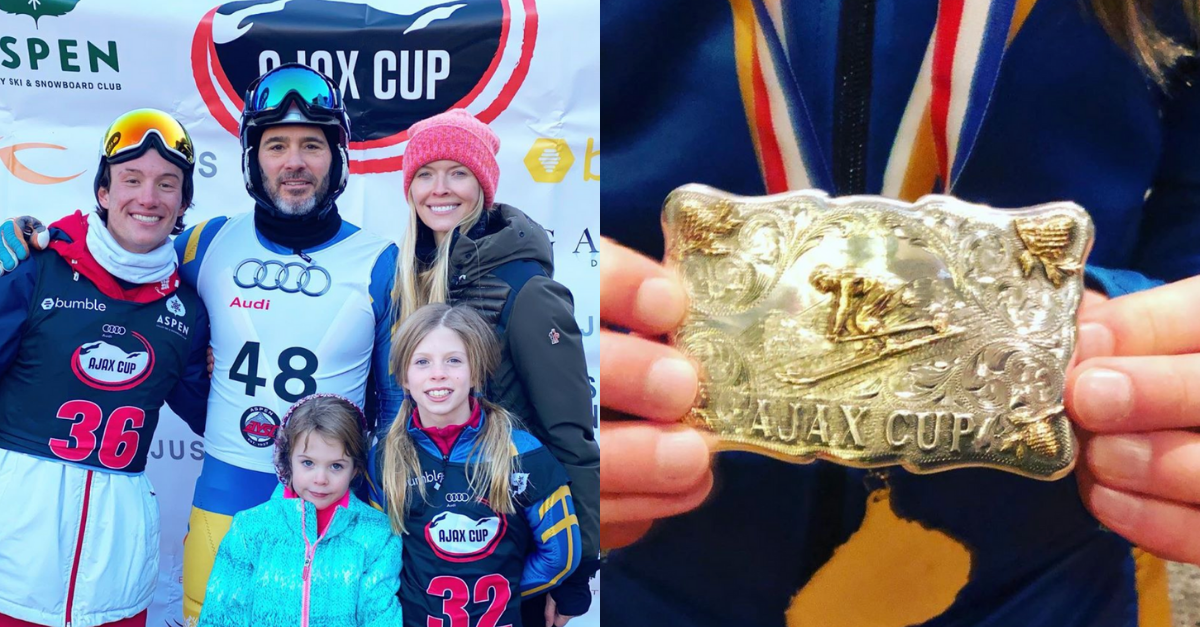 After more than two years without a NASCAR win, Jimmie Johnson finally got his big victory back in late December 2019. Only, it wasn’t at any race track, but at the ski slopes instead.

As part of the six-person team called the “West Side Hillbillies,” the Hendrick Motorsports driver and his 9-year-old daughter Genevieve (or Evie, as he calls her) won the 10th annual Audi Ajax Cup on Aspen Mountain in Colorado on Monday. Aspen Olympian Alex Ferreira, the pro member of the team, also won the Gorsuch Cup in Monday’s final event.

In a post to social media following the big win, Johnson joked about his NASCAR win drought with the caption: “Racing with my daughter was a highlight of 2019 and I am glad I finally won something this year.”

Racing with my daughter was a highlight of 2019 and I am glad I finally won something this year. #ajaxcup @team_avsc @avsc_alpine @alexferreiraski

“It feels great winning and to have this experience with my daughter and with Adam Lewis, who is on our team and his two sons, to watch our kids work through the challenges of the day, dealing with nervousness, is so special,” the seven-time NASCAR champion added.

Though Johnson and his family (Evie, wife Chandra, and other daughter Lydia) live in Charlotte, North Carolina, Aspen is like their second home. Evie is part of the Aspen Valley Ski and Snowboard Club, and it was several of her big wins in the Ajax Cup finals that helped lead the Hillbillies to victory.

“She did great,” Johnson said. “Every year it gets a little better, but something happened three or four days ago where she really found her edges and she’s been flying ever since. But then to see Alex, it was all on his shoulders at the end. For Alex to pull it off, and for the AVSC, it’s so cool.”

On November 20, 2019, Jimmie Johnson announced that 2020 would mark his final regular season as a full-time NASCAR driver. Though the driver of the No. 48 Chevrolet race car hasn’t seen victory lane since 2017, don’t get it twisted. The guy is a NASCAR legend.

He’s a seven-time champion, tying him with Richard Petty and Dale Earnhardt for most Cup Series championships. Aside from his seven titles, Johnson has a whole host of impressive accolades under his belt. Let’s start with his track records.

Want more proof of Jimmie Johnson’s greatness? The 44-year-old has won two Daytona 500s, four All-Star races, was named Associated Press Male Athlete of the Year in 2009, and has five Driver of the Year awards.

While Johnson sadly didn’t make the playoffs in his last year, he doesn’t need another NASCAR win to prove he’s one of the sport’s all-time greats.