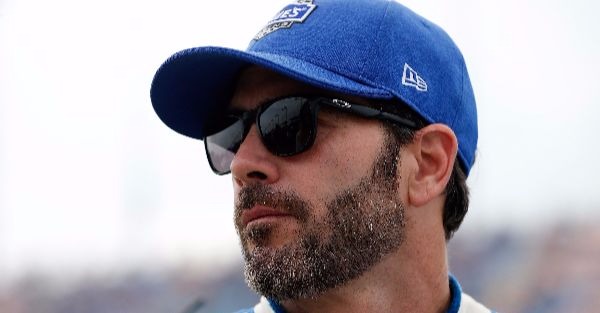 Jimmie Johnson is battling for his eighth Cup Series championship, which would give him the most of any driver in the history of NASCAR.

Johnson has dominated the sport for many years, and he’s undoubtedly met some famous people along the way. Veteran NASCAR reporter Jeff Gluck asked Johnson who’s the most famous he’s had dinner during his illustrious career, and he had pretty cool answer.

“I?ve had lunch with President Obama,” Johnson said. “That?s a good one.”

Johnson said he doesn’t remember what he had since he was in a room with several people in the White House, but he said it was a really cool occasion.

“We were in a small room, and I don?t think he technically sat down and ate with us, but he was there,” Johnson said. “So maybe that doesn?t qualify. But we were deep down inside the White House in some room stashed away in a corner with the team. That was really cool.”

Gluck asked Johnson several questions, including whether he’d like for a fan to ask for an autograph if he’s spotted at a nice restaurant.

“Yeah, absolutely,” Johnson said. “If I?m eating, let me finish my food, that would be really nice ? but after that, go for it.”

Johnson was asked if he thought NASCAR drivers were entertainers, and he said yes by definition, though he doesn’t necessarily see himself as one since he’s more reserved. But he said someone like Clint Bowyer is definitely an entertainer.

“To me, I?ve always been a bit more on the quiet side, so certainly I?ve had my challenges with all that,” he said. “But a guy like Clint Bowyer can come along and light up a room, light up an autograph session, whatever it might be, and then he gets in the car and wheels it, too.”

The entire Q&A is interesting whether you’re a fan of Johnson or not. He’s one of the greatest drivers in NASCAR history, and he had some intriguing comments and offered a behind-the-scenes look at what it’s like to be on the track for a NASCAR driver.