Jimmie Johnson frustrated going into last races of the playoffs. 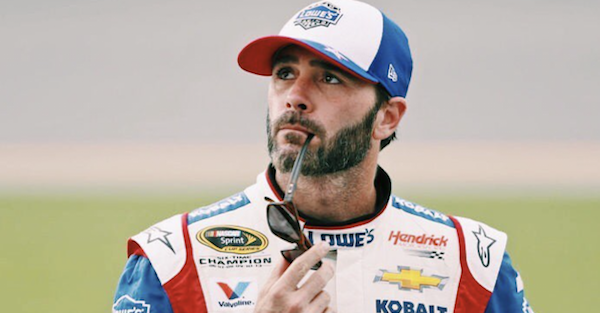 For Jimmie Johnson this season?s title run means breaking a NASCAR record. It would be his eighth Monster Energy NASCAR Cup Series championship, and he knows its going to take a lot of effort from himself, and his NO. 48 Hendrick Motorsports team to bring it home.

Johnson had a big opportunity to come away with a win, or at least a top-five at New Hampshire Motor Speedway on Sunday, but fell short due to some issues in the pit. He had this to say according to motorsports.com:

?We had a lug nut pop off when they went to index the wheel, so it was a longer pit stop than we had hoped for and fell from fifth to 15th or something, and just kind of finished there.”

?It?s frustrating for sure, but in the big picture we got some Stage points. Some of our competitors had trouble. ?We?ve definitely got to clean things up moving forward to advance through these rounds.?

Johnson is doing about as well as he did last year when he won as he’s currently in 7th place.  He really stepped up last year in the 4th race of the playoffs when he won at Charlotte Motor Speedway, so there is still plenty of time.  This summer has been difficult for Johnson and the team and he had this to say:

?It?s been a frustrating summer, obviously. I think maybe we?ve just been swinging too hard at times and making not ideal situations that much worse. And the last three or four weeks, we just settled in and got what we could.”

Its way to early to tell what will transpire with Johnson but one things for sure, never under estimate the heart of a champion.