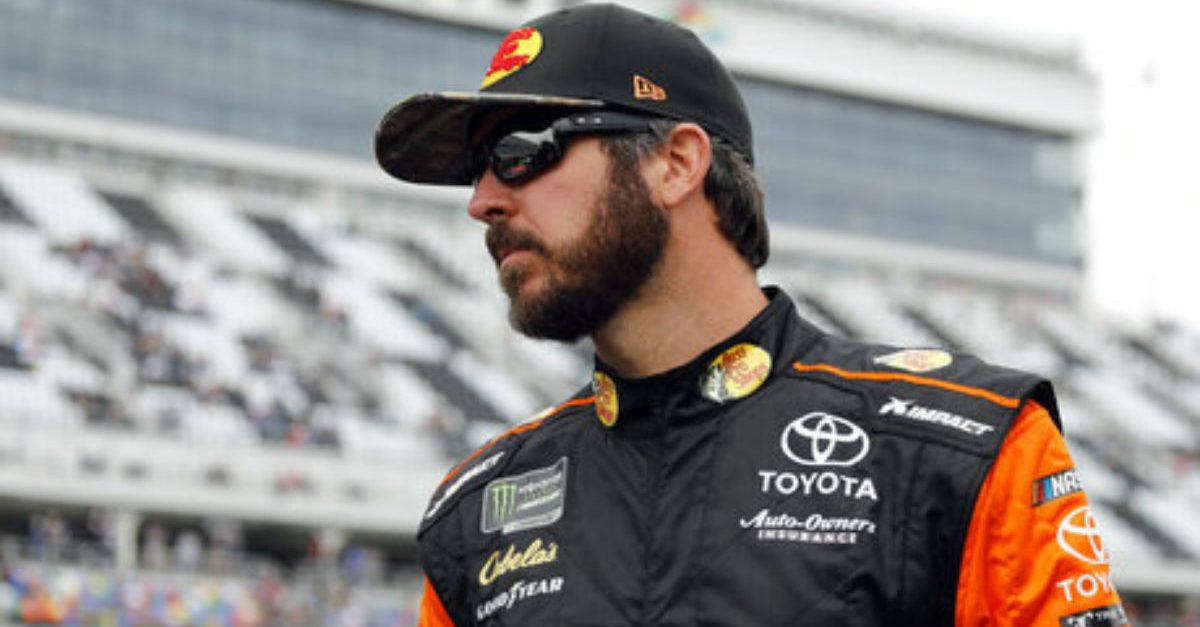 The last time Martin Truex Jr. raced at Martinsville Speedway, it didn’t exactly go as the current driver of the No. 19 Toyota Camry for Joe Gibbs Racing had planned.

On the final lap of the October 2018 race, Joey Logano pulled off a well-timed bump-and-run maneuver on Truex that earned Logano the win at Martinsville, a shot at the championship at Homestead-Miami Speedway, and an eventual championship victory.

Truex, the 2017 Monster Energy NASCAR Cup Series champion, would end up placing third at Martinsville, a finish that caused him to place Logano square in the crosshairs for the next few races. While Truex hasn’t had any serious run-ins with the driver of the No. 22 Ford Mustang GT for Team Penske since Martinsville, he’s still got unfinished business at the Virginia short track. On SiriusXM NASCAR Radio Tuesday, he said that he’s going into Martinsville with a winning mindset and a desire to snatch up that iconic grandfather clock trophy.

?Everybody wants that grandfather clock, and I want it bad. I feel like we can do it. So I?m jacked up ? I?m fired up ready to go. We came within one turn of getting that thing and we?re going after it. Let?s do it.?

Looking forward to sporting the @SIRIUSXM colors this weekend in Martinsville. The car turned out awesome! pic.twitter.com/Vzc0nlorHC

While the 2018 season saw Truex as part of the dominant Big 3 along with Kyle Busch and Kevin Harvick, right now he’s sitting at eighth in the Cup Series standings. Of course, it’s still early in the season, and Sunday’s race at Martinsville could be the time where Truex picks up some much-needed momentum.

?I got a spot picked out (for the clock) and I hope I fill it,? Truex said.

Read More: NASCAR Tracks Have Speed Limits and Here Is the Complete List, Including Kansas Speedway and Texas Motor Speedway