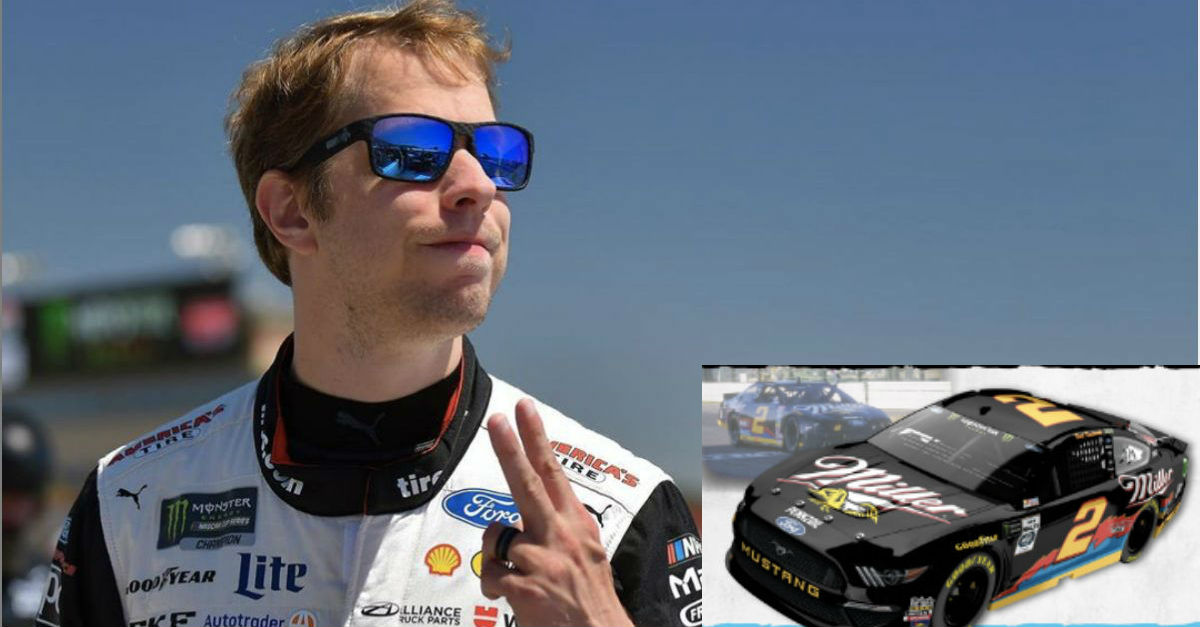 DARLINGTON, S.C. (AP) ? Brad Keselowski can’t wait to get to Darlington Raceway ? and it’s not just because he won the last time NASCAR’s best showed up.

This is the fifth year the Southern 500 is NASCAR’s throwback weekend, kind of an Old Timer’s Day for fans and competitors to honor and mimic the greats of the past. That includes bringing back splashy old paint schemes, vintage uniforms and outfits, and even some oddball facial hair styles like mutton chops and bushy mustaches.

Darlington is celebrating the 1990-94 era in NASCAR and teams have been unveiling specially painted machines for the occasion.

Along with the work he and his Penske Racing Team will put in prepping for the next-to-last Cup Series event before the playoffs, Keselowski takes time to stroll the garage and the pits.

“It’s crazy to see all that goes into this,” said Keselowski, a three-time winner this year. “It’s great that we can keep doing this at a place with such a special history like Darlington.”

Keselowski won with a throwback last September honoring former Penske great and NASCAR Hall-of-Famer Rusty Wallace. Keselowski looks to channel the past Penske great again this week with a black-and-yellow, Miller Genuine Draft, No. 2 Ford that Wallace raced to five victories in 1996.

Amid the costumes and colorful cars is a last-ditch push to lock up a playoff spot in the 16-driver championship chase. There are nine drivers with victories this season, meaning there will be plenty of hard charging on Darlington’s gravelly, misshapen oval ? especially when seven-time Cup Series champion Jimmie Johnson is currently on the outside peeking in at 18th in the standings.

Johnson is counting on “Butch” to bring him back to success (the last of his three Darlington wins came in 2012) at NASCAR’s oldest superspeedway. “Butch” was the nickname for Johnson’s 1990 Chevrolet Thunder Sportside machine he drove in the Baja 1000 Trophy Truck division for a handful of races in 1995 when he was only 20.

“Throwing back to my roots,” he said.

What do you remember most about NASCAR in the 90s? 7-time champion @JimmieJohnson stops by to share his early memories of the sport. pic.twitter.com/tEIEBMgkZp

The race will bring back somber memories for Richard Petty Motorsports. Bubba Wallace’s car will have a scheme honoring the late Adam Petty, the fourth generation driver who was the son of Kyle Petty and grandson of “King” Richard Petty. Adam Petty was two months shy of his 20th birthday when he died after crashing in practice at New Hampshire Motor Speedway.

Wallace’s car will have the colors of “Victory Junction,” the foundation the Petty family created in Adam’s honor.

“I think this really speaks for Adam and what his vision was,” Wallace said. “I was too young to know him and I feel like we would have had a great time, to grow together and to bring this organization back to where it needs to be.”

Kyle Petty, part of NBC Sports announcing crew, is famous for his Darlington dislike, advocating it be plowed over back into farmland because of its difficulty. He’s honored, though, to pay tribute to the son he misses every day.

One more big throwback scheduled involves Dale Earnhardt Jr. who will be on the track. NASCAR’s most popular driver for 15 years until his retirement two years ago plans to drive in the Xfinity event Saturday despite he and he family escaping safely from a crashed plane in flames two weeks ago in Tennessee. Earnhardt said last week he still intends to drive as long as the swelling in his back subsides.

“I just need that to go down and the pain to chill out,” Earnhardt said on Twitter.