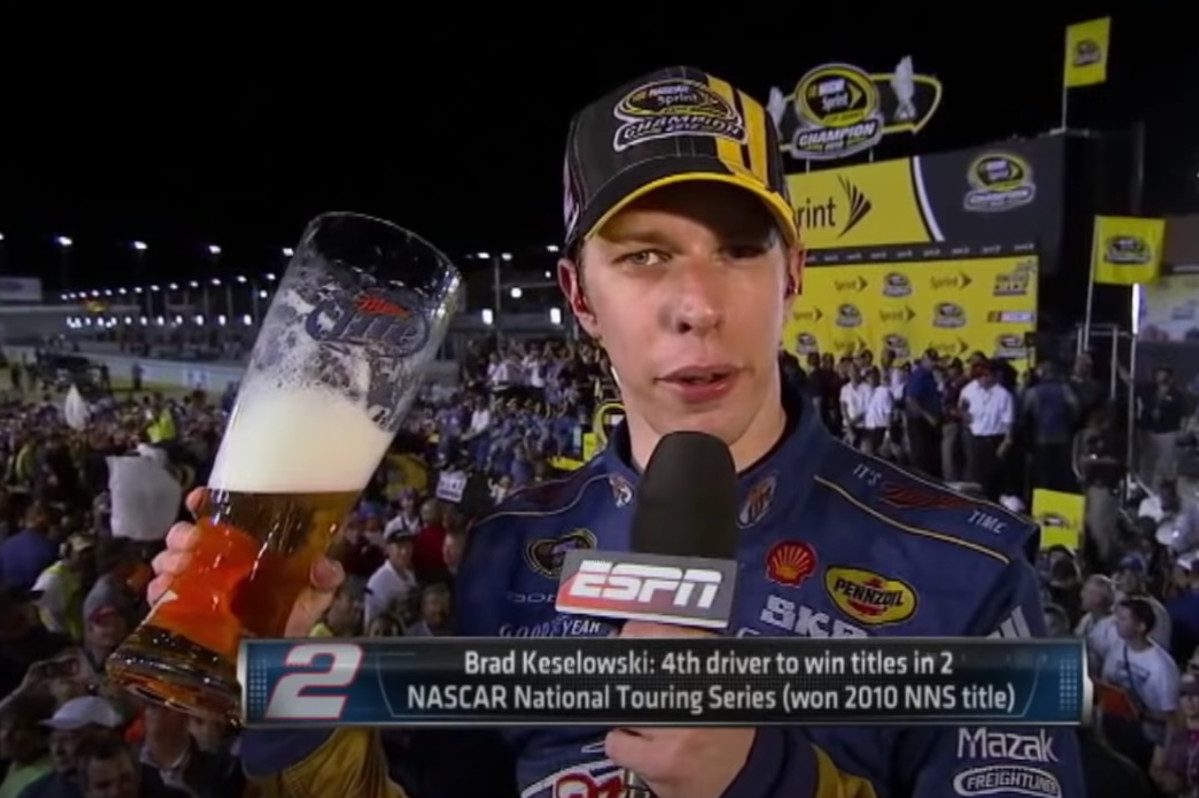 A whole lot has happened in Brad Keselowski’s life since 2012. During that time, the 37-year-old driver of the No. 2 Ford Mustang for Team Penske has had his fair share of hot streaks and rough patches, and has even gotten into a few fights and feuds along the way (his dust-ups with Jeff Gordon, Kyle Busch, and Carl Edwards particularly come to mind).

Getting married and having two baby girls will no doubt be two of the most important milestones of Keselowski’s life in general, but it was Keselowski’s NASCAR Sprint Cup Series championship run nearly seven years ago that will go down as an all-time career moment for the Rochester Hills, Michigan native. Almost as memorable as Keselowski’s championship victory? His drunken interview on ESPN’s SportsCenter only moments later.

Following his big win, Keselowski greeted SportsCenter anchor Kevin Connors with a swig from a massive glass full of Miller Lite, his sponsor at the time. When asked about how it felt to win the championship, Keselowski was as honest as you could get.

“Pretty damn awesome,” Keselowski said. “I got a little buzz going. I’ve been drinking for a little bit.”

Keselowski went on to talk about things that most athletes tend to mention after a big win — teamwork, never giving up, believing in yourself — before going a little unorthodox by quoting Winston Churchill’s famous “Never ever, ever, give up” motto.

Soon after his iconic interview with Keselowski, Connors praised the conversation as being among SportsCenter’s top on-air moments.

“This is about as genuine as it gets,” Connors told ESPN Front Row. “His reaction was so real, that’s why it received the response it did. Here’s a guy who just finished off a dream season, and he’s having a beer to celebrate. A very, very, very large beer.”

What an awesome and hilarious moment in NASCAR history, and one that will forever add a whole new meaning to the phrase, “It’s Miller Time.”