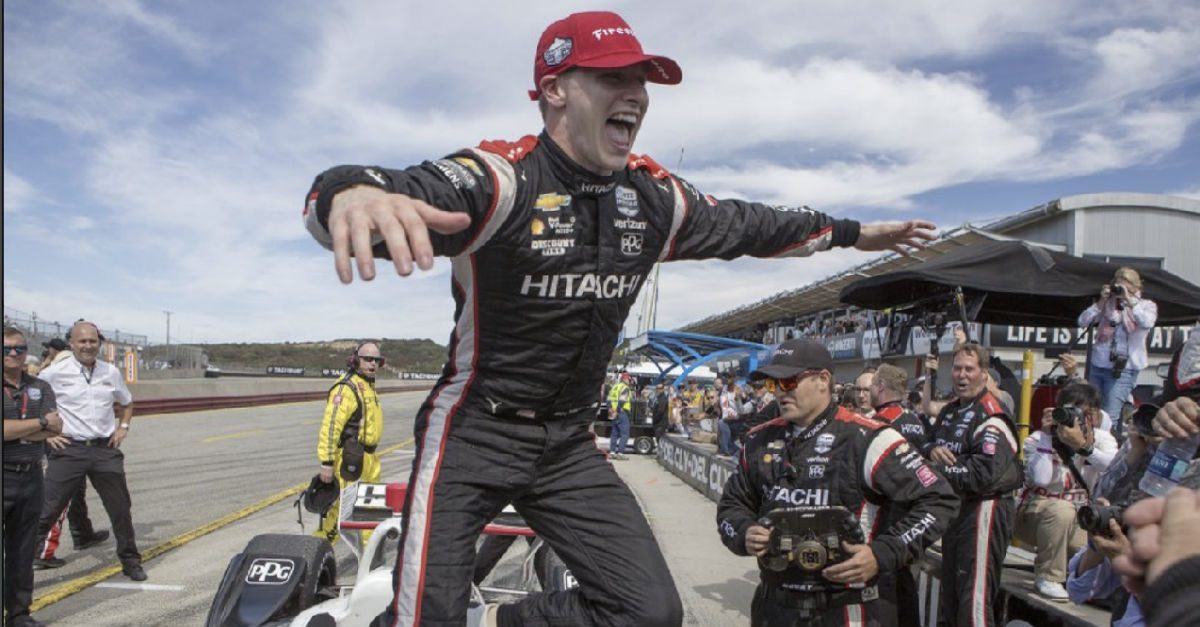 RICHMOND, Va. (AP) ? IndyCar turned laps at Richmond Raceway for the first time in a decade during a Tuesday tire test that gave the series? most recent two champions a look at both the Virginia track and new cockpit protection.

Reigning series champion Josef Newgarden turned his first laps ever at Richmond and got his first official session with the aeroscreen that will be introduced next season. Newgarden, who won his second title in three seasons last month, was not part of IndyCar when the series raced nine consecutive seasons at the track from 2001 through 2009.

Richmond returns to the IndyCar calendar in June next year and Newgarden predicted it will be a thriller on the 0.75-mile oval.

Jet fighters getting reacquainted with the gymnasium. — @indycar is back at Richmond. @josefnewgarden and @scottdixon9 are out here with @firestoneracing, testing today. — #INDYCAR #RVA #Richmond @team_penske @chipganassiracing

Newgarden joined five-time series champion Scott Dixon at the test, which consisted of Firestone bringing roughly 15 different tire compounds. Firestone is seeking a tire that degrades quickly during the race to allow for more passing and, in theory, a spectacle for fans, Dixon said.

Two years ago, during a race at Iowa Speedway, a track built to replicate Richmond?s 0.75-mile layout, the degradation of tires produced a series record on-track 995 passes during a 300-lap race, IndyCar President Jay Frye said. The year prior, in a car with more downforce and less horsepower, there were 282 passes.

Read More: IndyCar: The Racing Series Is Making a Comeback, Slowly but Surely

Dixon said he will refer to notes from his seven previous visits to Richmond, but that evolution to the cars will likely diminish his past experience. Dixon has two previous Richmond victories, in 2003 and the 2009 finale.

What was @josefnewgarden’s first impression of Richmond?

Well, just listen to the man, himself! 🗣

The testing at Richmond was the third with the aeroscreen, a cockpit protection system being finalized to debut next season. It has also been tested at Indianapolis Motor Speedway ? Dixon was part of that test ? and Barber Motorspots Park in Alabama. Another test is scheduled for next month in Sebring, Florida.

The aeroscreen, developed by Red Bull Advanced Technologies, virtually encloses the open-air cockpit with a clear screen anchored by and on a titanium framework. Its purpose is to protect drivers from flying debris.

An improvement made for the test at Richmond added ducts in the front of the car that funnel air into the cockpit.

Newgarden had never tested the aeroscreen before Tuesday.

?It honestly was pretty seamless. It didn?t feel that different,? Newgarden said of the aeroscreen. ?When I first went out, in my perception of how much grip the car had and how much control I had in the car, was slightly different. But I think that was because it felt foreign. You?re not used to having a screen over your head.

?But after 20, 30 laps when you got used to it, the car feels very similar. I think the balance is still very good, even with the screen on. From that standpoint, I don?t think the cars are going to change dramatically going into next year.?

The unit weighs about 50 pounds, Frye said, and should not change fuel consumption by much, if at all.