IndyCar: The Racing Series Is Making a Comeback, Slowly but Surely 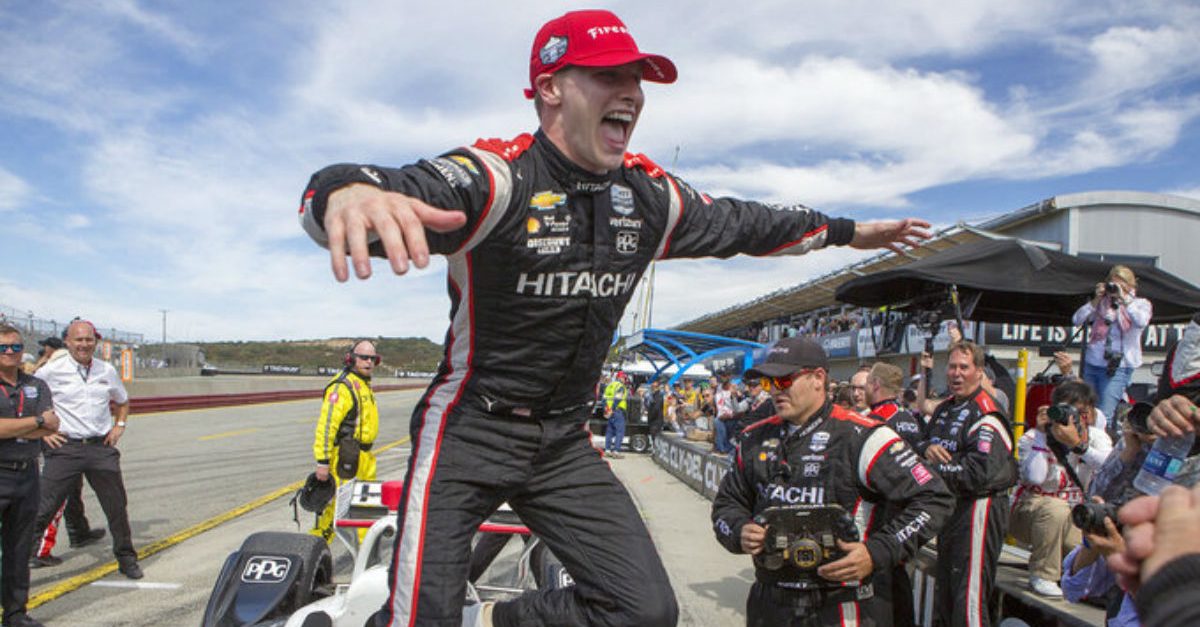 MONTEREY, Calif. (AP) — It feels like the 1990s again in IndyCar, which closed its season with a throwback tour to a pair of treasured old haunts, a compelling championship race and a rookie class that proved the little series can still attract top talent.

Is IndyCar back? Not exactly.

But the slow rebuild back to relevancy took another big step with a successful season capped by Josef Newgarden’s second championship in three years. The American won the crown driving for Team Penske at Laguna Seca Speedway, a beloved and beautiful permanent road course high in the hills of Monterey that had been dropped from the IndyCar schedule 14 years ago.

The season finale followed IndyCar’s second consecutive visit to Portland, another old favorite from the days when the open wheel series was the most popular form of motorsports in the United States. But infighting, greed and jealously led to a devastating series split, allowed NASCAR to take over as king of American motorsports, and Portland and Laguna Seca became nothing more than fond memories of the headier days.

As IndyCar has clawed its way toward a renaissance, it has in many ways returned to its roots.

“I think the teams, when you look at them top to bottom, it’s competitive,” said Roger Penske, who won his 16th championship and 18th Indianapolis 500 this season. “I think the rules are in great shape, and it’s affordable to go racing in IndyCar now, which I think is key.

“If we keep the rules the way they are, then we can get data equity, we need to come back to these tracks the same time every year, and that’s going to grow this fan base. I think the races are the right length, and we have a really key TV partner with NBC. It was a real superstar event for us, and obviously for the whole series and the IndyCar family and industry.”

After @josefnewgarden won the 2017 championship, Roger Penske called it: “He’s going to be great.”

The returns to Portland and Laguna Seca sparked a trip down memory lane for many in the paddock, who found themselves giddy over the crowds eager to greet old friends. In Portland, they celebrated Greg Moore, a budding superstar on his way into a seat with Roger Penske when he was killed in the 1999 season finale. The gathering was just like the old days, when drivers and teams competed all weekend then wrapped up the event with a blowout party, and the one in Portland was a reminder of how much fun the series used to be.

Then IndyCar moved on to Laguna Seca, where everyone reminisced about Bryan Herta’s 1996 loss when Alex Zanardi pulled off an impossible pass in the famed corkscrew turn. The topic came up time and again as Herta’s son, now a 19-year-old phenom in the series, dazzled in every session.

Colton Herta was fast as soon as he got his Harding Steinbrenner Racing car onto the circuit, and just an hour before qualifying it was announced he and his team would be pulled inside of Andretti Autosport next season.

Herta then won the pole — he did at Portland, too — and led all but seven laps Sunday for his second win of the season. The first victory, days before his 19th birthday back in March, made him the youngest winner in IndyCar history.

So proud of what this team has accomplished 3 poles 2 wins and a lot of great memories! pic.twitter.com/ETNL73gpLX

The victory was not enough to hold off a determined Felix Rosenqvist in the race for rookie of the year. Rosenqvist believed he had a car capable of winning Sunday’s finale, only to have his chances dashed by a penalty in qualifying that relegated him to a 14th-place starting position at a track where passing is quite difficult. The Swede had the drive of the race in finishing fifth and denying Herta a sweep of all the awards.

Then came the celebration for Newgarden, who was unusually emotional over this second championship. He sobbed after the race, and was still choking back tears nearly two hours later. He grew up in Tennessee, but wasn’t really interested in NASCAR and wanted to be an open-wheel racer.

Same with Alexander Rossi, a California kid who saw his first race when he was 3, when his father brought him to Laguna Seca and made it an annual affair. But the declining health of IndyCar drove Newgarden, Rossi, Herta, Santino Ferrucci — all Americans — to Europe for its ladder system toward Formula One.

Now they are all back, and others around the world are taking notice.

What a day, finished 6th in the standings, made 3 x passes in the Corkscrew and got Rookie of the Year! Thanks to @CGRTeams and @NTTDATAServices for leading me through this crazy season! Now: eyes on St. Petersburg 2020 👀🤪 #NTTDataRacing #ROTY #LagunaSeca #P5 pic.twitter.com/zbutAkqTy1

“I would encourage anyone to come over here. I know many guys are looking to do it, and some of my friends, they’re always asking about IndyCar, how are the ovals,” said Rosenqvist. “Maybe a lot of drivers are scared of the ovals, which I can understand. I challenge anyone to come here and do well on the ovals immediately. Doing well in the championship itself for sure is not easy. It’s been the biggest challenge I’ve had.

“But yeah, I really hope that more Europeans come over here and bring IndyCar more to Europe because there’s a big racing audience there.”

As IndyCar touted its plans in safety, technology and growth, an emphasis was placed on an upcoming hybrid system and new engine formula for 2022 with lower downforce and an increase toward 900 horsepower.

The vision for the series is very simple right now: Revisit what made racing Indy cars so very popular and get back to that model.

“It’s very important that we remain true to our DNA, and our DNA is fast, loud, authentic and unapologetic,” said Jay Frye, president of IndyCar.