When it comes to wins, one Cup Series team is head and shoulders above everyone else 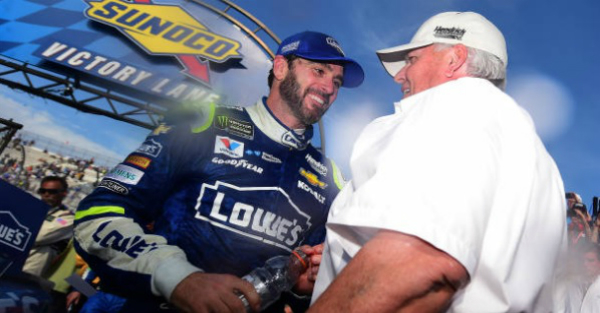 With the new year upon us, there’s less than two months remaining before the 2018 NASCAR Monster Energy Cup Series season gets underway at Daytona on Feb. 18.

As the off-season continues, each of the teams are tying up all of their loose ends in an effort to make a championship run. In the past some of the teams have been far more successful than others and only time will tell if 2018 will see some of the same.

RELATED: Hendrick has a very young team in 2018, but analysts believe one is ready to break out

Of the active teams currently running cars in the Cup Series, one has an overwhelming advantage when it comes to total wins, according to NBC Sports.

Hendrick Motorsports has 249 wins, more than 100 wins more than the second closest team (Joe Gibbs Racing 148). To put things into perspective, JGR would have to win every race for two and a half consecutive seasons just to tie Hendrick in the  wins column. As we all know the odds of that happening are slim-to-none, with a heavy lean towards the none.

Hendrick Motorsports joined the ranks of the Cup Series in 1984 and of the teams still active from then, only two other competing teams have won since 1984, Richard Childress Racing and Wood Brothers Racing.

NBC Sports did a fantastic job of outlining the current teams in the Cup Series with at least one win, and you can check out the full list on their website. The top 5 are the only ones with more than 100 wins.