Hendrick has a very young team in 2018, but analysts believe one is ready to break out 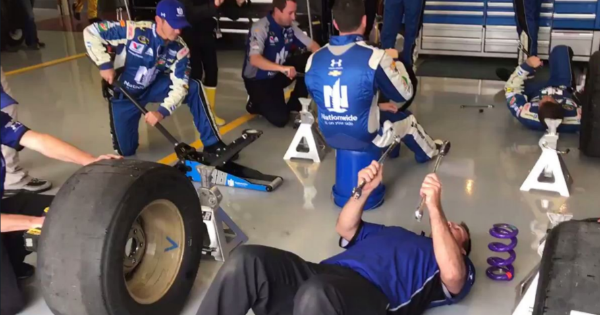 Chase Elliott looks poised to have a great 2018 season.

That?s the consensus of NASCAR experts Jim Utter, Lee Spencer, Nick DeGroot, and Tim Southers. The four discussed with motorsport.com how Hendrick Motorsports has got a huge upside with a very young driver pool.

?Chase Elliott is primed and ready for a boatload of success – and has been since he began his Cup career,? said Utter. ?I think he could have his breakout moment at literally anytime.?

?He was on the cusp of title contention this year and I see 2018 as the year he will break through and win multiple races,? DeGroot said. ?He’s got the talent, the drive, the equipment and his time is now.?

All the experts are impressed with how much talent Hendrick?s team has with 3 of 4 drivers under the age of 25.

?I am super impressed with William Byron’s talent,? said Utter. ?He put on a clinic in the Xfinity Series season finale to hold off a tough and experienced veteran. He never seems rattled, he is grace under pressure. In fact, I’m not sure I’ve even seen him really get mad from something that’s transpired in a race.?

?I feel Chase Elliott is ready for a breakout season in 2018. I do think Alex Bowman and William Byron will win and be successful, but I think Elliott will win multiple races next year,? said Southers.

Spencer feels the switch in cars for 2018 will help Elliott break away from the pack.

?His fifth-place in the standings made him highest finishing Chevy driver this season, and with a new Camaro coming, expect Elliott to be even more competitive in 2018,? said Spencer.