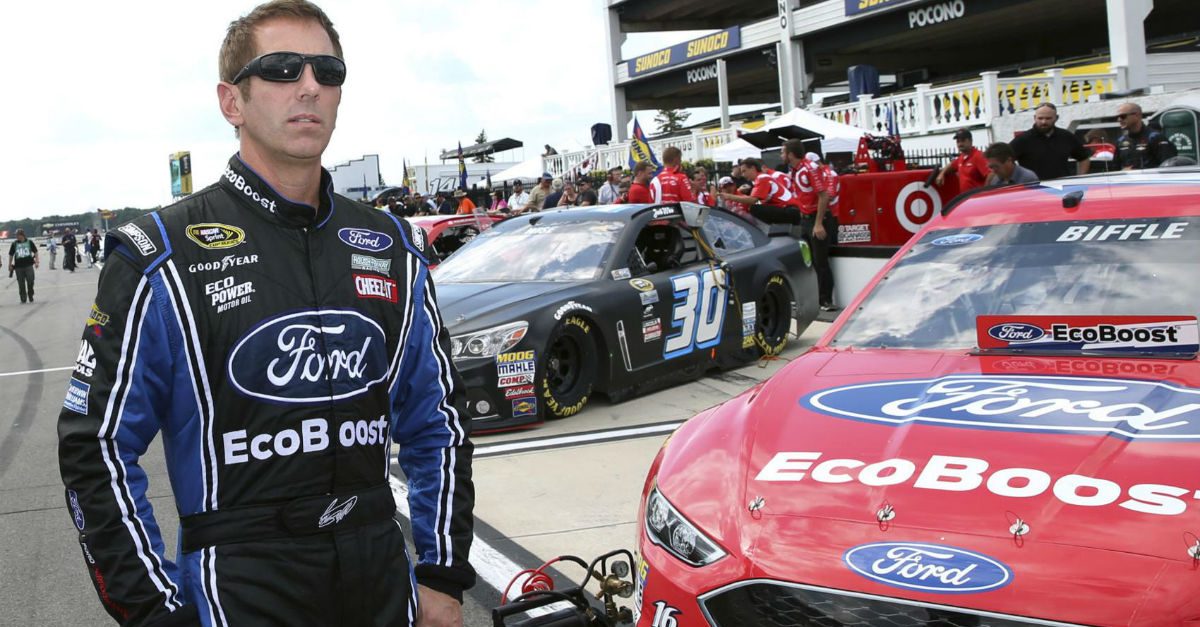 Following his hiatus from the sport of professional auto racing, Biffle will be making his NASCAR return. Kind of…

The former Roush Fenway Racing driver will drive the #51 Kyle Busch Motorsports Toyota (the same truck that Busch will drive for Friday’s Vankor 350 race) during Truck Series practice sessions at Texas Motor Speedway on Thursday. Considering that he hasn’t participated in the Truck Series since 2004, it’s definitely a long-awaited return for the Washington native.

So it’s been a few years and everyone’s been asking when… Tomorrow I will return to the track @TXMotorSpeedway for some practice in the @KBMteam 51 truck… pic.twitter.com/S5NguNzfcp

As it turns out, Biffle has had some good luck at Texas over the course of his career. He won the 2000 Pronto Auto Parts 400K there, while also racking up two Monster Energy NASCAR Cup Series wins and 13 top-10 finishes out of 26 Cup Series starts on the quad-oval track.

Overall, Biffle has garnered his fair share of accolades as a NASCAR driver. He’s the first of three drivers that have won a championship in both the Busch Series and the Craftsman Truck Series and the sixth of 29 drivers to win a race in each of NASCAR’s three national series. He also enjoyed acclaim as a fan favorite, winning the 2002 NASCAR Busch Series Most Popular Driver.

Unfortunately, Biffle’s recent reasons for making the news have not been as triumphant.

Per Beyond the Flag:

During his break from NASCAR, Biffle dealt with legal issues with his ex-wife after she found he had placed security cameras in their bedroom and bathroom. He claimed they were for catching maids in the process of stealing from them.

Biffle may not have caught the maids, but he did catch his then-wife having an extramarital affair. Biffle had to pay his ex-wife $250,001 after one trial, but they?re still in another trial for ?alienation of affection.?

Will Biffle’s practice run at Texas pave the way for future NASCAR races? I guess we’ll just have to see how he likes the feel of Busch’s Toyota.