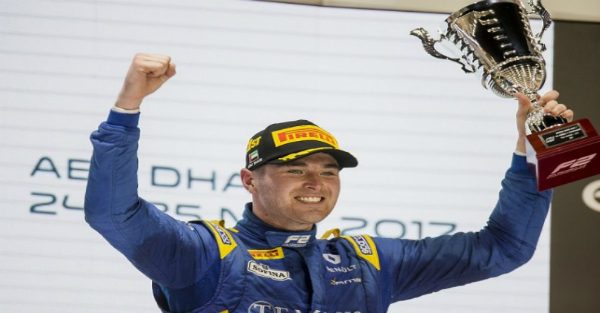 Imagine winning a race only to find out your victory had been stripped away from you. That’s exactly what happened to Formula 2 driver Oliver Rowland.

Rowland failed to pass a post-race inspection, which in-turn led to him being disqualified and negating his victory in Abu Dhabi. Antonio Fuoco was also disqualified after finishing third. While Rowland won the race on the track, Artem Markelov officially won the race and he has the points to prove it in the standings.

According to autosport.com, F2 reported Rowland was disqualified because he finished the race with a skid block which was be below the prescribed thickness in the technical regulations. Fuoco was penalized because his front tires were not inflated to the minimum required tire pressure.

While both drivers were disqualified from Race 1, they will be allowed to start in Sunday’s race form the back of the grid.

Formula 2 varies from NASCAR when it comes to winners being disqualified. In NASCAR, if a driver wins a race and fails inspection, they are still listed as the winner, but it is termed an “encumbered win.” Pretty much all this means is that the driver keeps the win but it doesn’t help towards Monster Energy NASCAR Cup Series playoffs. Penalties can also carry fines, an automatic crew chief suspension, and the loss of owner and driver points.