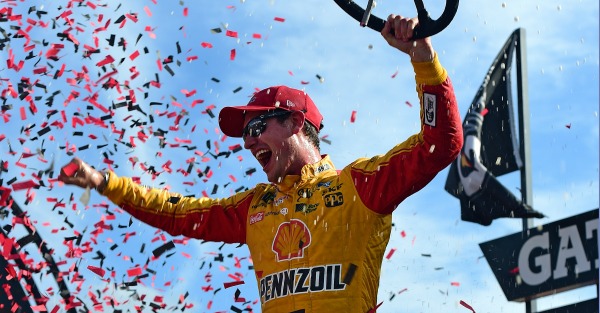 Joey Logano went from last to first in the Toyota Owners 400 Monster Energy NASCAR Cup Series race at Richmond International Raceway on Sunday to claim his first win of the season in his 300th career Cup Series start.

That incredible win put him in the playoffs to push for what would be his first championship. Unfortunately, that last-to-first run was a little too good to be true. Upon post race inspection of the car, NASCAR officials found that the rear suspension was out of spec. While Logano still gets to be considered the official “Winner” of the race, the win is “encumbered,” which means that it does not count as an automatic qualification for the playoffs, and does not go towards the championship points.

In addition to the encumberment, Crew Chief Todd Gordon was fined $50,000 and suspended for two races, according to Fox Sports. Also, Logano and the team were docked 25 points in the driver and owner standings, respectively.

Related: Joey Logano’s day ended much better than it started