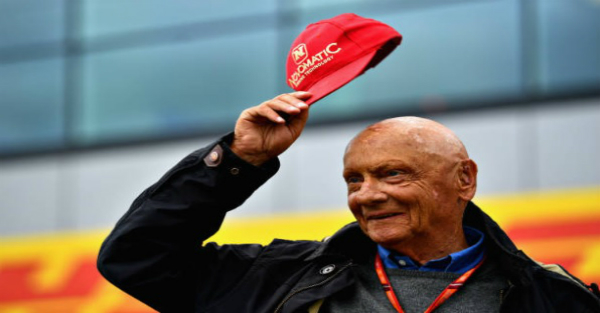 A Formula 1 legend has voiced his concerns about the future of the sport, under its new ownership.

Earlier this year, when Liberty Media completed its acquisition of Delta Topco, Formula 1 came with it. At the time not much was known about the direction the sport would head. At least one racing legend, three-time F1 World Drivers’ Champion Niki Lauda, is ‘worried’ about the direction in which the sport is headed, according to motorsport.com.

In an interview with the Italian newspaper, Gazzetto dello Sport, he let his feelings be known.

“I’m worried,” said Lauda. “It was right that the American owners needed time to understand what F1 is, but that is about to expire and what they think about the future is worrying me.”

“The FIA, Chase Carey and Ross Brawn repeat that we need to level the performance, but the DNA of F1 is the opposite,” Lauda said. “You are a fool if you think that to make grand prix more attractive you need to have a different winner every weekend, F1 is about competition.”

Liberty Media recently announced the financial figures, which show prize money being decreased for the first time in recent years. The move has caused concern from some teams. The total prize pool has decreased from $316 million to $273 million, a decrease of roughly 13 percent from a year ago.

RELATED: Driver is furious after receiving a controversial penalty for a last-lap pass that cost him a top 3 finish

When Lauda was asked if Liberty Media was right for pushing for cheaper engines he responded, “Yes, and I’m sure we will find a satisfactory compromise.”

“But the heart of the problem is something else,” Lauda said. “In the face of cost growth of some 70 million (Euro) from one year to the next, revenues have declined.” Seventy million euro is equivalent to about $81.6 million dollars.

Lauda would like to see F1 implement a more widespread plan, with a vision that will make things better for the long term.

“But where do we want to go from here? There should be ideas for generating more money, but I do not see them,” Lauda said.

“It needs a more open project,” he said. “For example, the budget cap, it is logical and correct but it needs a three-year plan to realize it.”

It’s uncertain what the future holds for the sport, but for the sake of all involved, hopefully it’s promising.