End of an Era: Eddie Gossage Steps Down As Texas Motor Speedway President After 25 Years 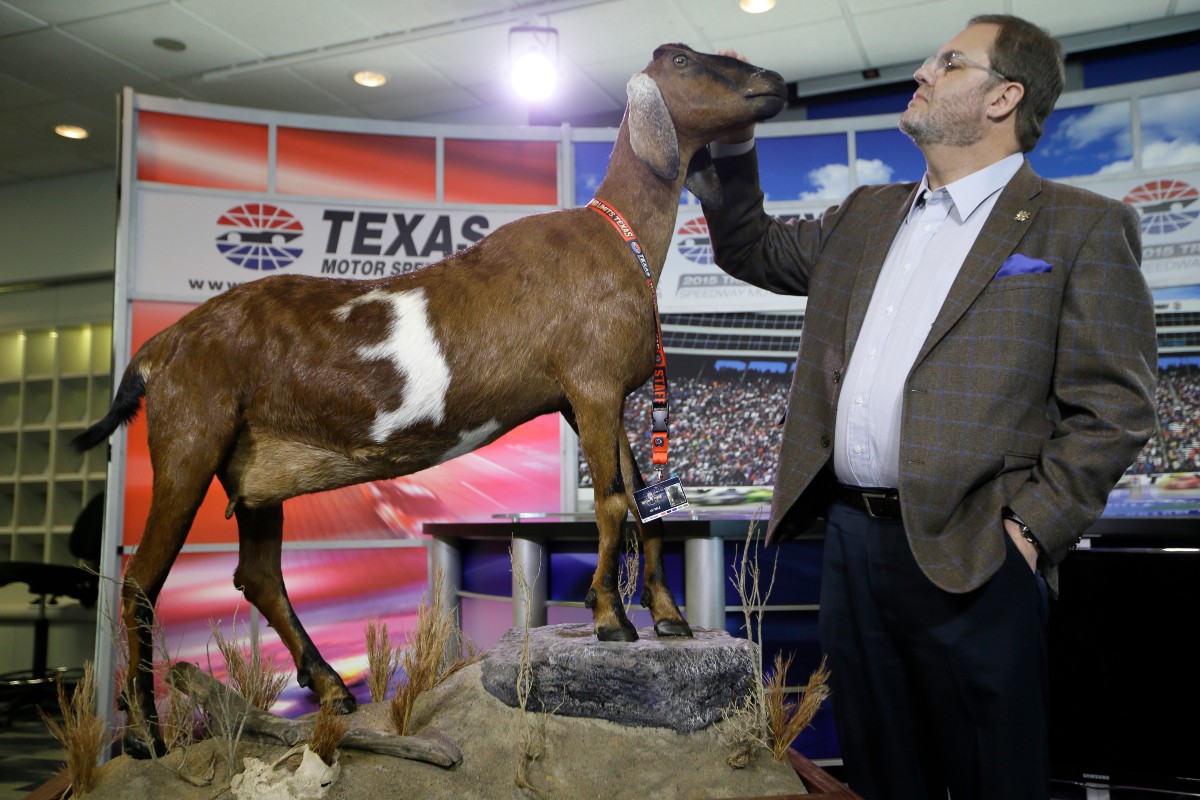 He was a young public relations director at Charlotte Motor Speedway in 1992 when, during a news conference to promote NASCAR?s first nighttime All-Star race, one of his stunts literally set Smith?s hair on fire. When Smith threw the giant light switch rigged by Gossage to highlight the Charlotte speedway?s new lighting system, sparks flew.

?I thought I was headed for the unemployment line for sure,? Gossage said. ?But for some reason, Bruton kept me around, and it wasn?t long after that he gave me an opportunity I could have only dreamed of.?

When Smith began buying land in North Texas, he sent Gossage from Charlotte to Fort Worth in 1995 to oversee the project as general manager. The speedway opened two years later for its first NASCAR race and today is considered one of the premier entertainment facilities in the country and a centerpiece of the Speedway Motorsports portfolio.

?When I built Texas Motor Speedway, I had plenty of architects, accountants and attorneys, but what I really needed was promotion,? Smith said in a statement. ?That?s where Eddie came in. They say, ?Everything?s bigger in Texas,? and I needed a big personality in Dallas-Fort Worth. Eddie?s become a shrewd businessman over the years, but he?s remained a publicist at heart, and he never forgot what the entertainment business is about ? having fun.?

News doesn't get much bigger than this in No Limits, Texas.

The world's greatest promoter, our own Eddie Gossage, is stepping down after more than 30 years at Speedway Motorsports.

The NASCAR All-Star Race will be his last one with us.https://t.co/ac2wDDasIW pic.twitter.com/cbMBQ1XXGb

Now 62, Gossage is one of Speedway Motorsports? longest-tenured employees. His final event will be the All-Star race on June 13, held for the first time at Texas to bring Gossage?s career full circle.

He said Thursday his style sometimes borrowed from boxing promoters Bob Arum and Don King ? and that his ideas were sometimes outrageous ? but his intentions were always for the best interest of the fans, the racing and the speedway.

?Some people took the way I promote as ego, wanting to be part of the story. That?s not it,? Gossage said. ?It has been my greatest thrill serving our fans all these years. Literally millions and millions of fans have come through the gates at Texas Motor Speedway.?

Gossage has been a fierce supporter of the IndyCar Series, which has been on the Texas schedule every year since the track opened. Texas hosted the season opener last year during the pandemic and a double-header earlier this month as IndyCar has struggled to find ovals for its schedule.

He?s been frustrated with the IndyCar product and its incompatibility with the current surface at Texas, which has been treated to accommodate NASCAR. Gossage has sparred on social media with disgruntled open wheel fans about the financial reality of the situation: NASCAR cash is king, regardless of his affinity for IndyCar.

The pandemic also wore him down as Gossage, like all promoters, is a people person who needed to be among the crowd. Working remotely and with a skeleton staff wasn?t the same and helped push Gossage to the decision to walk away.

?I?ve been so 24/7 Texas Motor Speedway since I got that call from Bruton Smith. This is my baby,? he said. ?I?ve still got my fast ball. But too often we all stick around too long. I still have ideas. I know my ideas are all right, are all good, if they would just listen to me!?

He joked he was ?far too young and pretty to retire? and would find something else to do next. Marcus Smith, the current CEO of Speedway Motorsports, called Gossage ?one of the best promoters ever? and said one of Gossage?s mantra?s remains will forever ring true within the company.