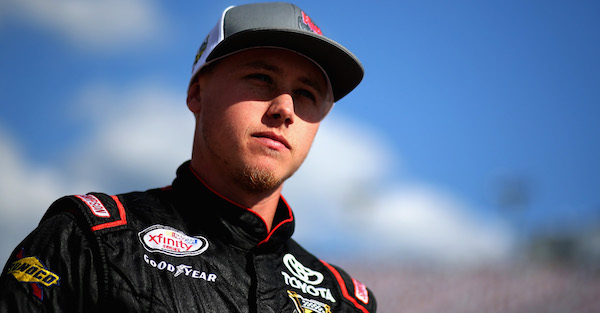 Dylan Lupton will have an expanded role in the NASCAR Xfinity Series next season for JGL Racing.

The 24-year-old will compete in at least 21 races for JGL Racing next season, and the team is currently looking for more funding so he can race in more next year.

Excited to return to @JGLRacing for 2018. Sponsor will be announced at a later day. See you guys at Daytona! pic.twitter.com/AW374Pjtup

Lupton will switch from a Toyota to Ford, and he said in a statement via Auto Week that he’s confident he will compete at a high level next season.

“We continued to improve throughout the 2017 season, and I was able to gain valuable experience that will help tremendously in the new season,” Lupton said. “With the switch to Ford over the offseason and our new alliance with Roush Fenway Racing, I am confident that we will be competitive right out of the gate.

“I would like to thank (team owner) James Whitener and the whole JGL Racing organization for this opportunity.”

Lupton will drive the No. 28 Ford for JGL Racing, and it’s possible he could race the whole season for the team.

He will definitely race the first five races of the season at Daytona, Atlanta, Las Vegas, Phoenix and Fontana.