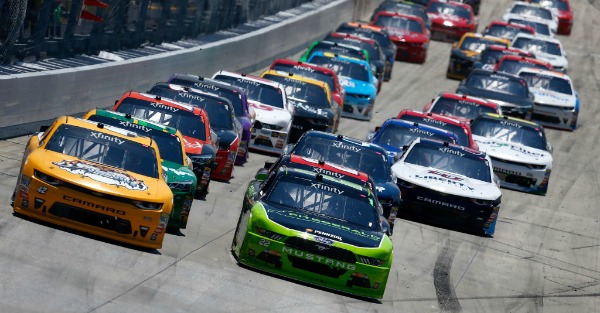 during the NASCAR XFINITY Series OneMain Financial 200 at Dover International Speedway on June 3, 2017 in Dover, Delaware.

As we get ready to say goodbye to 2017 and say hello to 2018. We now know the starting times for the NASCAR Xfinity Series schedule.

While most things will remain the same, there will be a few minor changes. The April race in Richmond will return to night. There will be later starting times for the races at Talladega and Texas, and the June race at Iowa and the September race at LasVegas will begin at 5 p.m.

RELATED: Year in Review: The Xfinity Series gave us a glimpse of NASCAR?s future

The first 14 races of the season will be aired on either FOX Sports 1 or FOX, while the remaining 19 races will be aired on NBCSN or NBC. All of the dates, locations, networks, and start times are listed below courtesy of Motorsport:

Last season’s champion William Byron will be driving the No. 24 Chevy Camaro ZL1 for Hendrick Motorsports in the NASCAR Monster Energy Series, which leaves things wide-open for a new champion to take home the title in 2018.