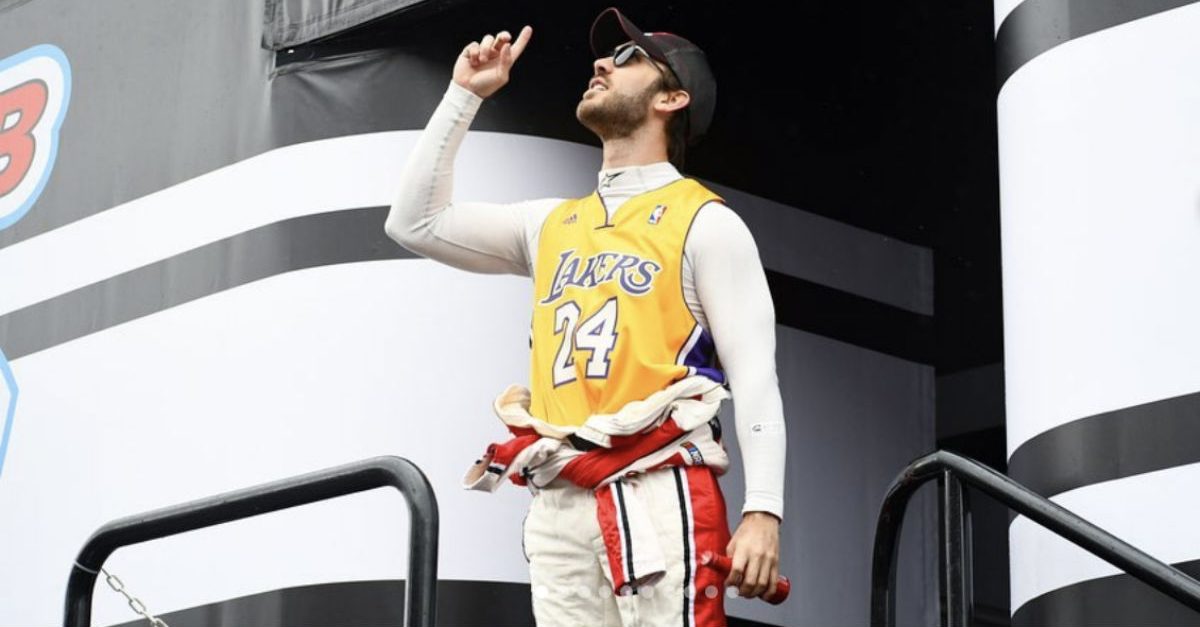 The death of Kobe Bryant, while immensely tragic, was instrumental in uniting countless people in sharing the qualities and accomplishments they admired most about the late Los Angeles Lakers legend. For NASCAR driver Daniel Suarez, it was Kobe’s generosity and commitment to unity that was particularly inspiring.

To honor these facets of Bryant that he admired so much, Suarez is auctioning off his customized Kobe Bryant racing gear and donating the money to the victims of the devastating helicopter crash, which included Bryant’s daughter Gianna and seven others.

Suarez, who drives the No. 96 Toyota Camry for Gaunt Brothers Racing, wore special Kobe Bryant gloves and shoes, (designed by Alpinestars and Salvador Amezcu respectively) to March 1st’s Auto Club 400 in Fontana, California. The eBay auction, which is set to end Friday, has raised nearly $5,000 as of Thursday afternoon.

“I really wanted to do something to honor him,” Suarez added, “in a way to give back, like how he used to do it.”

In an official announcement on his website, Suarez detailed the inspiration behind the auction.

As athletes, we all strive to be great at our game, but equally as important is how good we are outside the racetrack, off the court, and off the field.

I can?t think of anyone who did this better than Kobe Bryant. He was, what we as athletes, all hope to become one day.

One of the qualities I admired most about him was his unwavering commitment to his team, and his legacy of uniting fans from all races and backgrounds (including the African-American and Hispanic communities) through their love of the sport.

It is my biggest honor to wear these gloves and shoes this weekend in California, as a tribute to Kobe, Gianna, and the seven other victims from the tragic helicopter crash, John Altobelli, Keri Altobelli, Alyssa Altobelli, Christina Mauser, Ara Zobayan, Sarah Chester and Payton Chester.

The shoes and gloves will be signed and auctioned (link below), and 100% of the proceeds will benefit the MambaOnThree Foundation (kindly set up by Vanessa Bryant to support the families of the victims of the crash.)

A big thank you to Alpinestars (@alpinestars) for the gloves, to Salvador Amezcua (@kickstradomis) for creating this beautiful design, and everyone who helped make this tribute a reality.

Most of all, thank you Kobe for inspiring all of us to be more disciplined, more committed, better individuals. This one?s for you!

The Daniel Suarez No. 96 has the names of the Kobe Bryant helicopter crash victims above the passenger-side door. pic.twitter.com/RPbFw48eQw

Besides his racing gear tribute, Suarez also sported the names of all nine victims of the January 26 helicopter crash on the passenger-side door of his No. 96 car. Now THAT’S how you do a tribute.