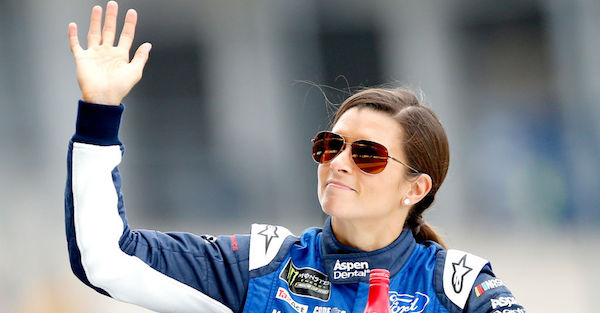 Danica Patrick finished just outside the top 10 at the Brickyard 400, but she was displeased with her performance at the historic track.

During the race, Patrick went on an expletive-filled tirade after she made a mistake and was passed.

"Man, (expletive) me. … Man, some days you just wanna go home." – @DanicaPatrick, who makes a mistake and gets passed. L66. #NASCAR

Related: A hard crash knocked out three drivers at the Brickyard 400

"We're just gonna have to get a (expletive) handle on it, because it (expletive) sucks. That's all there is to it." – frustrated Danica L71

Patrick was one of the seemingly few drivers who didn’t crash at the Brickyard 400, but there was an opportunity for her to have a much better finish since most of the top drivers were eliminated.

"It's just (expletive) over the bumps. I know I need to be patient," Frustrated Danica continues. L71 #NASCAR

Patrick eventually apologized for showing her frustration over the radio, and she said she hates having a bad race at Indianapolis Motor Speedway.

It’s been a frustrating season for Patrick, and Sunday’s race and her finish certainly didn’t help matters.