Dale Jr. has an invitation to the Clash at Daytona, but one powerful voice is against it 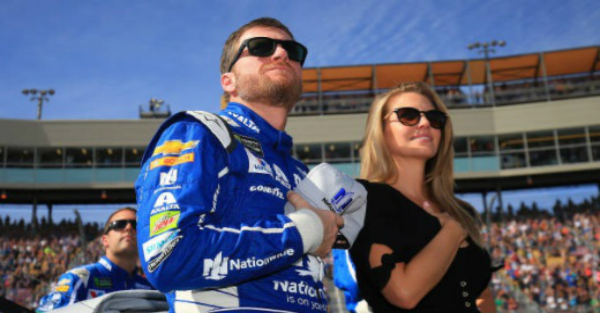 The field of eligible drivers for The Clash at Daytona was recently announced and of the names on that list, one in particular stands out.

Dale Earnhardt Jr. is among the 20 drivers that have been invited to the join the field in the annual race before the first race. While he’ll be in Daytona, it’s uncertain as to whether he’ll race or not.

Dale Jr.’s wife Amy has made her stance on the race well known in the past and if it were up to her he wouldn’t be in the field for the exhibition race next month, according to sportingnews.com.

Amy took to Twitter last July to share her thoughts on why the race isn’t worth the risk as far as Dale Jr.’s health is concerned.

Dale Jr. has a history with concussions after sustaining one in 2002 which he didn’t report for nearly six months after continuing to compete, then he suffered two in a six-week time frame in 2012.

RELATED: When Dale Earnhardt Jr. steps on the track, there?s always one thought that?s with him

Dale Jr. has yet to disclose if he’ll run the race, but says that doesn’t mean he doesn’t want to receive the invite.

“It?s like getting an invitation,” added Dale Jr. “You may not want to go to the party, but you?re upset if you don?t get the invitation.”