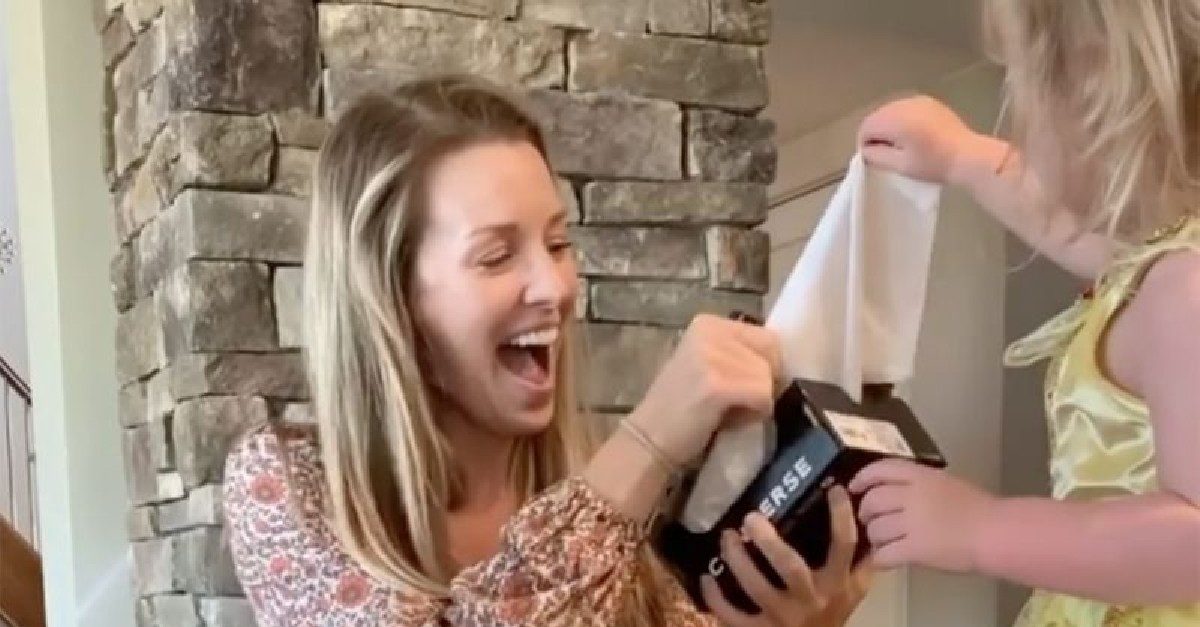 When Dale Earnhardt Jr. and his wife Amy announced to the world that they would be having their second child, Amy and their one-year-old daughter Isla Rose surprised Junior with the news. Well, to officially announce the baby’s gender, it was Dad’s turn to return the favor.

Using a pair of baby shoes, and with Isla Rose again serving as the eager little helper, Dale adorably broke the news to his wife and filmed her reaction for Instagram. Check it out!

It’s a girl! Congrats to the Earnhardt family on the incredible news!

Back in March, Dale Earnhardt Jr. and his wife Amy announced that they would be expecting their second child, with some extra special help from their 1-year-old daughter Isla Rose.

Amy Earnhardt shared Isla’s adorable announcement via an Instagram post, and while the video is only two seconds long, you’ll find yourself watching it over and over again.

For those of you who don’t speak 1-year-old, Isla said, “I’m gonna be a sister!” As you can see from the below video posted by Amy minutes after the big reveal, Isla was a lot quicker on the uptake than her dad.

“How do you know it’s a girl?” asks Dale Jr., referencing the “Super Amazing Sister” shirt that Isla Rose is wearing.

“She’s a sister either way,” Amy quickly responds, with Junior chiming in and pointing at Isla, “Oh, she’s the girl.” There ya go, Dale! Now you’re getting it!

Joking aside, this happy announcement is definitely a refreshing bit of good news, considering the craziness surrounding the coronavirus outbreak. The pandemic has even left its mark on the sport of NASCAR, as the auto racing sanctioning body postponed Cup Series races through May 3.

Speaking of coronavirus, the Earnhardts had a little bit of a scare themselves back in August 2019, after the Cessna the North Carolina family was flying in crashed at Elizabethton Municipal Airport in Tennessee.

To show you how badass Dale Jr. is, the NBC Sports commentator, JR Motorsports co-owner, and 15-time Most Popular Driver ran an Xfinity race only a couple weeks later, despite getting banged up in the plane crash. Dale technically is a retired NASCAR driver, at least from full-time racing, but it’s clear that he takes his yearly races seriously.

With another bundle of joy on the way, it’s safe to say that he’ll soon be racing around the house a lot more than around the race track.