Is NASCAR Making a Comeback? Dale Earnhardt Jr. Thinks So 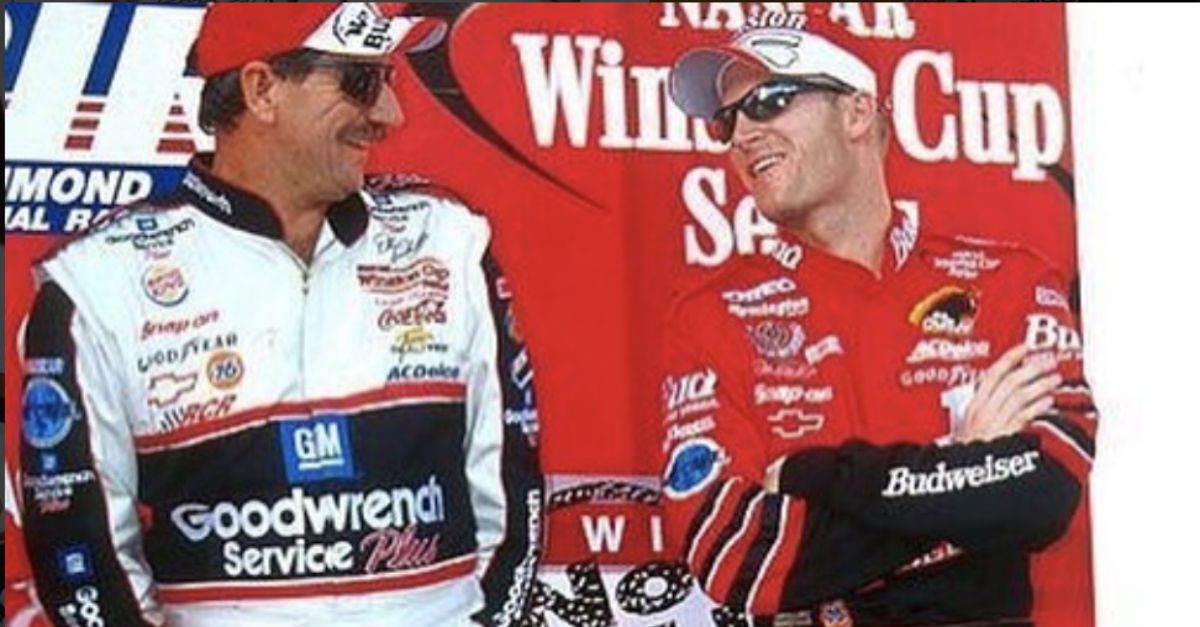 If you were to ask the average fan to describe the current state of NASCAR in a word, you would probably hear words like “lackluster,” “disappointing,” and probably even “terrible.” With TV ratings down and attendance numbers struggling, the recent arrest of NASCAR chairman and CEO Brian France has only added to the notion that professional auto racing just isn’t what it used to be.

But, while the underlying sentiment surrounding NASCAR has been negative, there are still a good number of optimistic voices out there who are looking forward to a more hopeful fate for the sport. One of the more outspoken of those folks in the optimistic camp just so happens to be Dale Earnhardt Jr.

A 16-time Most Popular Driver during his racing days, Junior is still very much tuned into the goings on of NASCAR as a broadcaster for NBC, and he is staying positive about NASCAR’s future.

“I’m puzzled, as most people are, about the perception of our sport today,” Earnhardt told the Detroit Free Press. “What I do know, though, is that this season and since this last offseason, there’s been a change in the air. I know that’s cliche, but I don’t know how else to explain it because I can’t point to anything tangible. But there’s been an energy in the races when I’m watching them.”

“I think that we are doing amazing work as a broadcast team. I think the damn product on the track is perfect. I couldn’t ask for anything more over the last several weeks. If we keep doing that week in and week out, we’re going to make it back.”

Even following the arrest of France and the questions that it raises regarding NASCAR’s leadership going forward, Earnhardt still feels that NASCAR has enough strong personalities to carry the sport in a positive direction.

We recorded the Dale Jr Download this morning. Here’s a clip of what you’ll hear tomorrow. I’ve never been more excited for the sport of Stock Car racing. From local tracks to the Cup series, something feels different. I can’t quite describe it, but its something I felt as far back as December. There’s a change of culture, a new energy, and it’s fantastic. @dirtymomedia

“When I look at the drivers, there are a lot of really colorful personalities, there really are. The drivers are all engaged in social media with the fans way more than I did when I was young,” Earnhardt Jr. said. “It shouldn’t feel that way, but it does. Just pulling names out of a hat, knowing Brad Keselowski, and Kevin Harvick and Jimmie Johnson and all these guys the way I do, they’re not bland people. They’re all very dynamic people.”

“There’s an energy there that’s new. There’s an urgency that’s new. Those guys are driving their guts out and it’s giving us some freaking amazing content and some awesome finishes. … Outside of Kentucky, every race has been a bombshell. As far as the product on the race track, it’s great. It really is.”

So cool to have so many drivers support this program. Who are you hoping to bid on?? #36pairs #Repost @mrsamyearnhardt @dalejrfoundation ・・・ We are so excited about the Driven To Give Glove auction going live tomorrow!! Which pair of gloves will you bid on? Details: https://bit.ly/2LnlVAQ. #spreadhope #driventogive #giveback

As far as what can be done to make NASCAR a better product, Dale Jr. does feel like more can be done to turn races into more well-rounded entertainment experiences by introducing concerts the night before races and having carnivals at racing venues.

“If you look like our race tracks and the experience of going to a race, not much about it has changed,” Earnhardt Jr. said. “There’s a lot of little details that makes that experience for someone that is 18-25 years old, that we never really picked up on. … You need an environment that’s fun from start to finish. We won for so many years in the ’80s and ’90s off of the pure racing product, and while that still matters and that’s the primary piece of the ticket, I think in today’s world you’ve got to offer a little bit more bang for your buck.”

Join me and my @NASCARonNBC buddies as we hang out and watch the NASCAR Xfinity Series race with @Xfinity on Twitter Live, Sat August 11 at 3pm ET. #WatchUsWatchNASCAR #NotARealHashtag

The more stubborn fans out there may look at Earnhardt’s words and think to themselves, “easier said than done,” but it’s hard to completely discount his suggestions, considering all he and his family have done to bring NASCAR to the masses. Just take it from Junior himself: when it comes to NASCAR’s comeback, patience is key.

“It’s not going to be overnight. We’re not going back to our peak by November,” Earnhardt Jr. said. “But it’s in the process of remembering what NASCAR was in its peak in the 2000s. … I feel like we’re on our way.”