Budweiser’s Dale Jr. tribute is already among its most successful 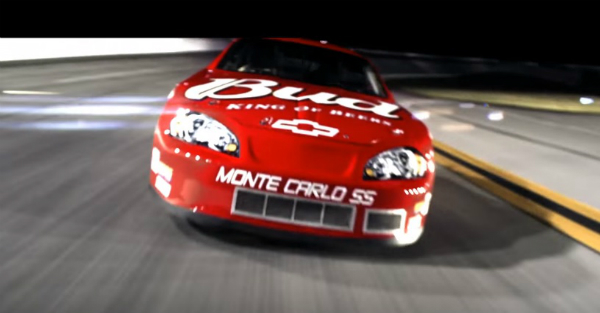 With Dale Earnhardt Jr.’s NASCAR career coming to an end, the tributes continue to roll in.

One of the most impressive is from his long-time sponsor, Budweiser. The King of Beers posted the video to Facebook, where it has garnered more than 4.7 million views. The video has been shared 62,820 times, with more than 64,000 likes on the original post.

RELATED: Budweiser?s Dale Jr. tribute is a thing of beauty

The tribute video ranks among the top for Budweiser. It has surpassed it’s Harry Carray spot and is right on pace with its tribute to Derek Jeter per Anheuser Busch executive Nick Kelly, according to reporter Adam Stern.

.@budweiserusa's @DaleJr tribute ad has earned more than 4.1 million views, 50,000 Likes and 59,000 shares on Facebook just a tad more than 24 hours after its debut. That's better than Bud's Harry Caray ad and on pace with its Derek Jeter spot, per @AnheuserBusch exec @NickKelly. pic.twitter.com/i0cEiJqCon

Fans have taken to social media to share both their support for Earnhardt Jr.’s career, as well as their sadness for his departure.

Memories that will last a lifetime. Let’s raise an ice-cold Bud to Junior! pic.twitter.com/CkFTS7y9WX

This is an amazing tribute to @DaleJr ! @HomesteadMiami is going to be tough for me and the rest for Jr Nation 😢😢

This almost made me cry.. you will be missed dale but your legacy will live forever! #dalenation

I remember nearly every single memory in this video. Seems like yesterday and a lifetime ago at the same time. Sunday is going to be extraordinarily tough. Don’t know exactly how to thank him for what he’s done for this sport and my life.

Got the ol' eyeballs sweating again 😢

Earnhardt Jr. has been a true ambassador for the sport and his popularity have carried it through some rough times. His career has been nothing short of amazing. A fitting tribute for one of the best to ever do it.

This one’s for you!