Cup series driver puts family first, decides to take a step back from the track 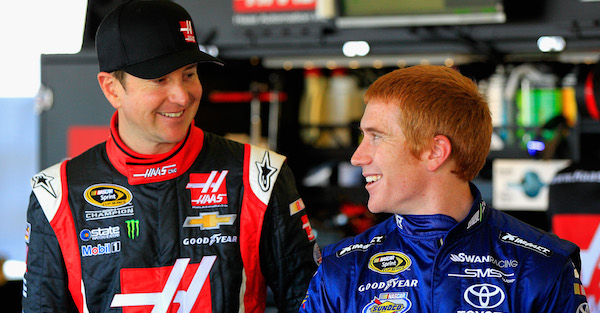 Cole Whitt has decided he won’t run a full schedule for TriStar Motorsports this season in the NASCAR Cup Series so he can focus more on his family.

The 26-year-old announced he will run a partial schedule for the team, and he said it was important to him to focus more on his family during this season.

“I want to thank TriStar and the Smith family for allowing me to do something I feel is the right decision for me and my family,” Whitt said in a statement. “I am excited and a little nervous to say that I will be racing a limited schedule this year.  I am looking forward to taking the next step in my life and trying to spend most of my time with my family. Stepping back from racing is a hard choice but I strongly believe this is the right path. TriStar has been an amazing blessing to me and my family and I look forward to what the future holds for both of us.”

TriStar Motorsports announced that Corey LaJoie will run the majority of races this season for the team in the Cup Series, including the Daytona 500.

“It’s such a great opportunity to work with TriStar Motorsports,” LaJoie said. “I hope to use the learning experiences from my 2017 Rookie Season and work hard for some great finishes this year.”

LaJoie is the son of former two-time Xfinity Series champion Randy LaJoie. The 26-year-old has made 35 Cup Series starts in his career, and his best finish was 11th at Daytona in 2017.

Whitt’s best finish last season was 12th at the Brickyard 400.