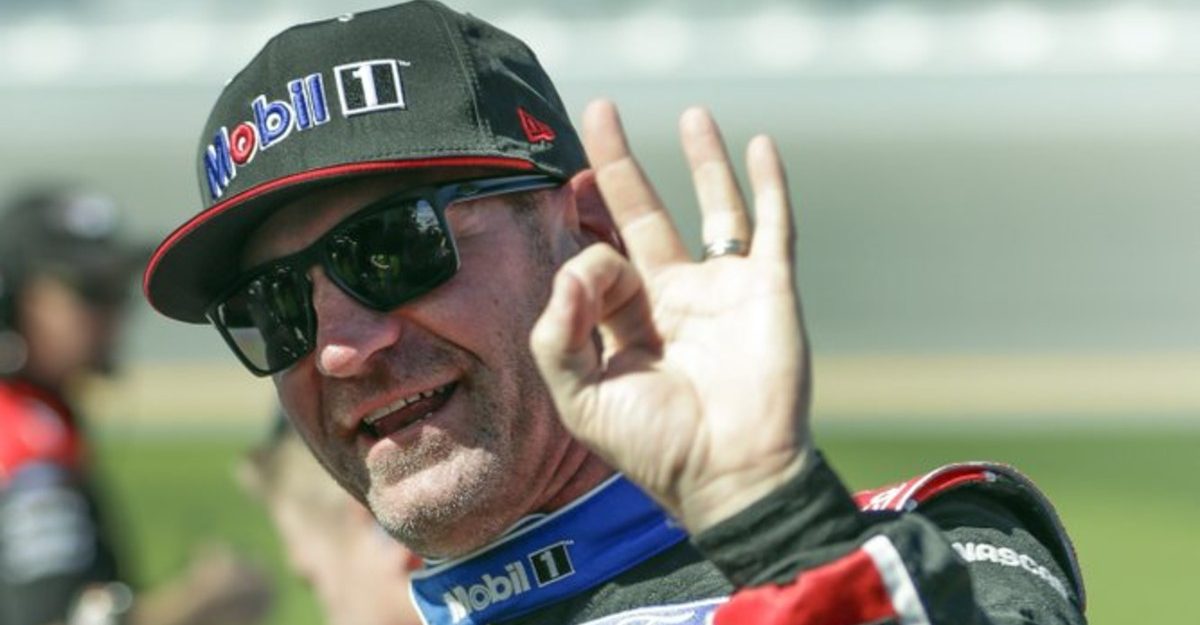 Clint Bowyer has been racing in the NASCAR Cup Series for 15 years, and even though he’s 41, which is flirting with the age when most modern-era drivers think about pulling back from full-time competition, the Emporia, Kansas native doesn’t plan on calling it quits anytime soon. After all, the NASCAR driver has made the playoffs the last two years.

Now, Bowyer doesn’t have all his eggs in the racing basket, and has started serving as a frequent NASCAR analyst on FOX Sports. While he seems to be a natural in the studio, Bowyer isn’t ready to make the move into full-time broadcasting just yet.

?Dude, I?m a race car driver, man,? Bowyer said, according to NASCAR.com. ?I love doing the broadcasts and things like that, but I think that time will come, and I don?t know when that?ll be. No, I want to race and I want to be in a race car. I love competing. I love being pissed off at the end of a race. I love being happy at the end of a race. I love that adrenaline of lining up next to that guy and wondering how in the hell you?re going to come off of Turn 2 ahead of him. That?s a feeling that can?t be replaced.

?That being said, I feel like I really have appreciated the relationship with FOX this year. It?s not up to me whether that happens or not. It?s a ton of fun, I can tell you that. I mean, it?s relatively easy for me. Everyone always asks, ?how do you get up and do that?? I mean, I don?t know. ?Let me get this straight? You want me to go up there and bench-race with a bunch of my buddies and talk racing about a race like I?ve done since I was 4 years old at the dinner table? That?s what you want me to go do? I got that. I can handle that.? It?s a ton of fun.?

Speaking of Bowyer’s future, the three-time All-Star Race winner also expressed his desire to stick around with Stewart-Haas Racing, where he’s raced for four seasons. Driving the No. 14 Ford Mustang, which he inherited from SHR co-owner Tony Stewart, Bowyer said that hopes to sign on with the race team for 2021, though the racer’s current status has yet to be determined.

?No, I haven?t really talked to them much about it,? Bowyer continued. ?I mean, I?ve been talking to partners and things like that and just trying to do everything I can do to make sure that all the things line up for next year for them. That?s what I can do. I?ve got to do a better job inside the race car. We?ve got to do a better job of getting this 14 car back up front where it belongs. Doesn?t matter what you do outside the car if you?re not taking care of business in the car, you shouldn?t be in any of them.

?Stewart-Haas is a wonderful organization. I want to be there. I want to retire there, and I love the opportunity, the people behind it. I believe in, all the pieces of the puzzle are there. The manufacturer in Ford, I mean we?re sitting here representing Ford today, and you couldn?t ask for a better manufacturer that?s invested in this sport the way they are. Again, it?s a perfect fit for me.?