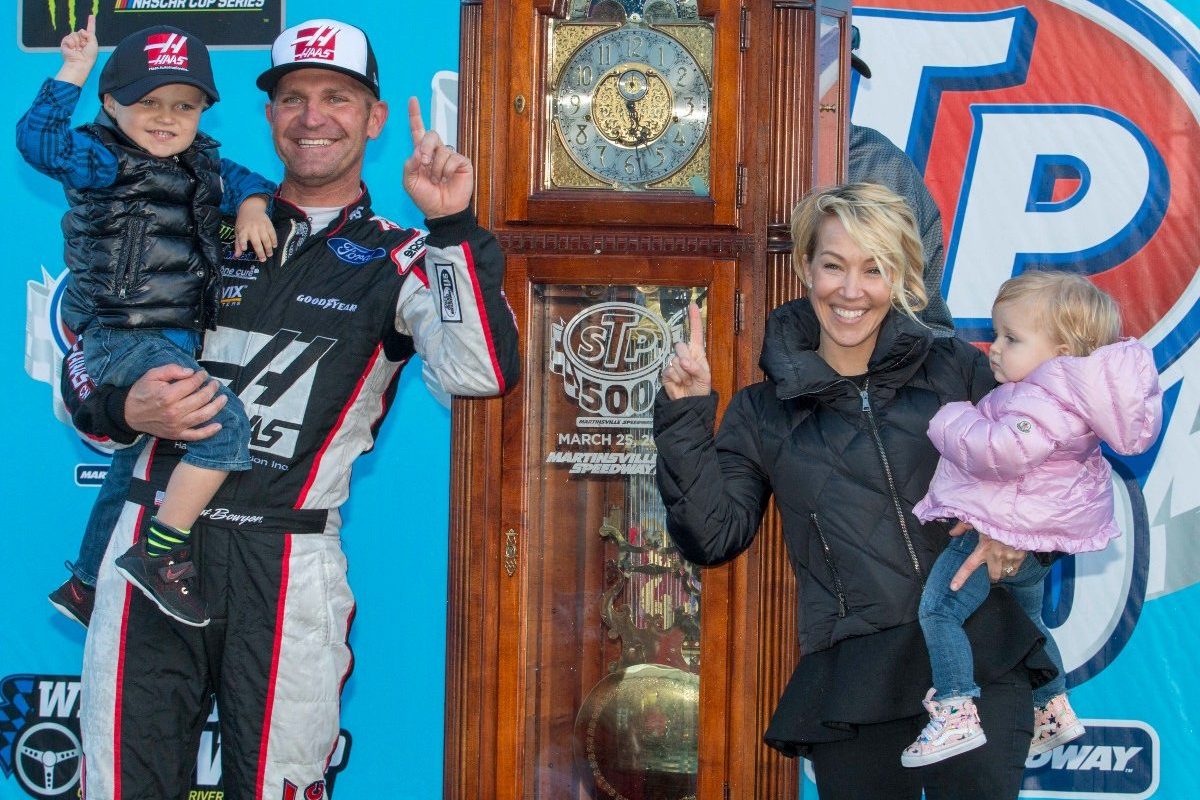 Retired NASCAR driver Clint Bowyer and his wife Lorra started a family together about as quickly as a lap around a NASCAR race track. The couple got married in April 2014, and only weeks later, announced that they were expecting their first child together. Today, the Bowyers are a happy family of four, with six-year-old Cash Aaron Bowyer and four-year-old Presley Elizabeth Bowyer along for the ride.

While Clint Bowyer was fighting for that trip to victory lane or breaking races down in the NASCAR on FOX broadcast booth (which he now does full time), Lorra was cheering along with the kids. It sounds easy enough, but Lorra Bowyer will be the first to tell you that the NASCAR life isn’t always sunshine and rainbows.

Born Lorra Podsiadlo, Lorra Bowyer isn’t typically one to complain about life on the road, but every now and then, something happens that you can’t help but vent about.

For Lorra, that “something” happened back in 2019, the night before the Bowyer family was supposed to fly from their North Carolina home to Talladega Superspeedway in Alabama. Cash, as misfortune would have it, started throwing up, and while Lorra typically would’ve just stayed home with him, the Bowyers had planned to travel from Talladega to Emporia, Kansas — Clint’s hometown — to visit family.

Everything seemed fine during the trip from North Carolina to Talladega. But, once the family arrived at their motorhome in ‘Dega, Cash got sick again. Then, everything went to hell.

?Then a little while later, Presley starts throwing up,? Lorra told For the Win. ?I start throwing up. So all three of us are sitting in this 40-foot motorhome puking in bathrooms. I?m trying to clean after Presley?s puking, getting the bleach out. I?m throwing up.

The next day, the Bowyers moved from their motorhome to their bus. To onlookers, it looked like some sort of heartwarming family bonding time. But, it was clearly far from that.

?People are like, ?Oh how sweet, they?re having a picnic,?? Lorra continued. ?No, they?re trying to bleach a motorhome.?

By the time the weekend was over, the stomach bug had infected 13 people, including the pilot of the Bowyers’ private jet and Clint’s mom and dad. But, hey, that’s life on the road for you!

Now a retired stock car racing driver, Clint Bowyer competed in the NASCAR Cup Series — the sport’s premier series — for 16 years. While he retired as the driver of the No. 14 Ford race car for Stewart-Haas Racing, Bowyer won the 2008 NASCAR Nationwide Series championship for Richard Childress Racing and also racked up has three All-Star Race victories. He has 10 wins and 226 top-10 finishes in the Cup Series, along with eight wins and 116 top-10 finishes in the NASCAR Xfinity Series.

Despite all of Clint’s accolades, the 42-year-old knows that it’s still Lorra who runs the show, and she’s not afraid to let him know it with the occasional clap back on social media.

For instance, there’s the time that Clint complained about a long shopping trip in Miami, and Lorra wasn’t having it.

Didn’t think I had to take 3 kids with me today. 🙄 plus…. most that shits for you @ClintBowyer https://t.co/rVS1ApyWY5

Then, there was also the time, back in 2018, when Clint won at Martinsville Speedway for the first time since October 2012, snapping an 190-race winless streak in the process.

As a reward, Clint was hoping he’d be able to take a trip to San Antonio to watch his Kansas Jayhawks in the Final Four. Lorra swiftly crushed any chances of that happening, but again, she took to Twitter to clear things up.

Bob- I’m not that mean! Lol. We will be on vacation Saturday, but if KU makes championship game he can go Monday! 😉 https://t.co/DS7tD1nWCP

As you may remember, Kansas ended up losing their Final Four game to Villanova, who ended up winning the whole tourney. Tough break for Clint!