One team is livid about a new rule change for 2018 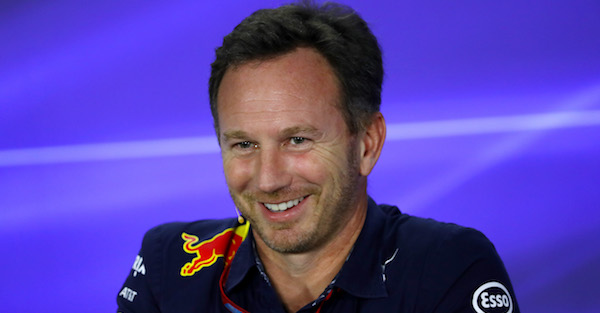 Red Bull team principal Christian Horner isn’t pleased with the rule, and the Red Bull team proposed that the engine limit remain at four. However, Ferrari blocked the move, and that didn’t sit well with Horner.

“For me it’s absolutely barking mad,” Horner told Channel 4 via Motorsport. “We’ve only just got through this year on six engines, I think.

“To go to three next year for more races is nutty, to be honest. You’re still burning these engines up on the dyno, but the reality is it doesn’t save any money.”

Horner actually said five engines per year is a “more sensible number.” He also pointed out that there is an extra race scheduled for next season, so decreasing the number of engines is illogical.

Red Bull has received several grid penalties this season, and Horner said he’s hopeful his team can make it through the next race in Abu Dhabi without any further penalties.

Regardless of Horner’s protests, the three-engine rule will be in effect next season, and it will likely be difficult for teams to manage early on in the season.