NASCAR team says it wants to expand to two cars 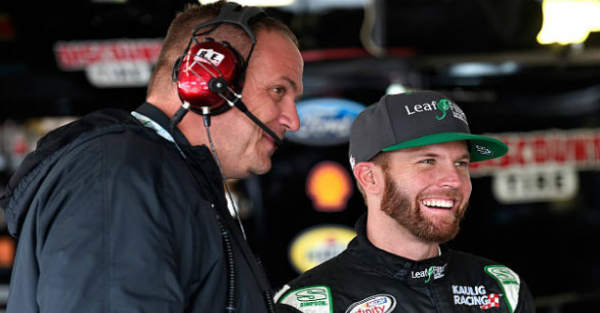 Kaulig Racing is the owner of Blake Koch’s No. 11 Chevy in the Xfinity Cup Series and has been for the past two seasons.

The team’s crew chief, Chris Rice, recently revealed during a interview with Jim Noble on SiriusXM NASCAR, that the team is looking to add another race car to the team.

“We’re definitely talking about it,” Rice said. “I think in racing you have to prepare, right, you win all your races at the race shop, you don’t win the races when you get to the racetrack.”

“Could we run a two car team today?” Rice added. “Would it be stupid tight, in a shop, and with all the people we need, absolutely, so we need the room.”

“So, yes we want to expand, have our shop in place, be prepared,” Rice said. “Be ready when the second car unloads it has the same ability and chance as the first car, the 11 car, we got to be ready.”

“Once we’re ready, we’ll have a second car on the racetrack.

As Rice’s interview indicated, there is no exact timetable as to when they will begin running a second car, but when the time is right, it will be exciting to see.

Kaulig Racing is owned by Matt Kaulig, the president and owner of LeafFilter Gutter Protection, which is also the primary sponsor of the No. 11.