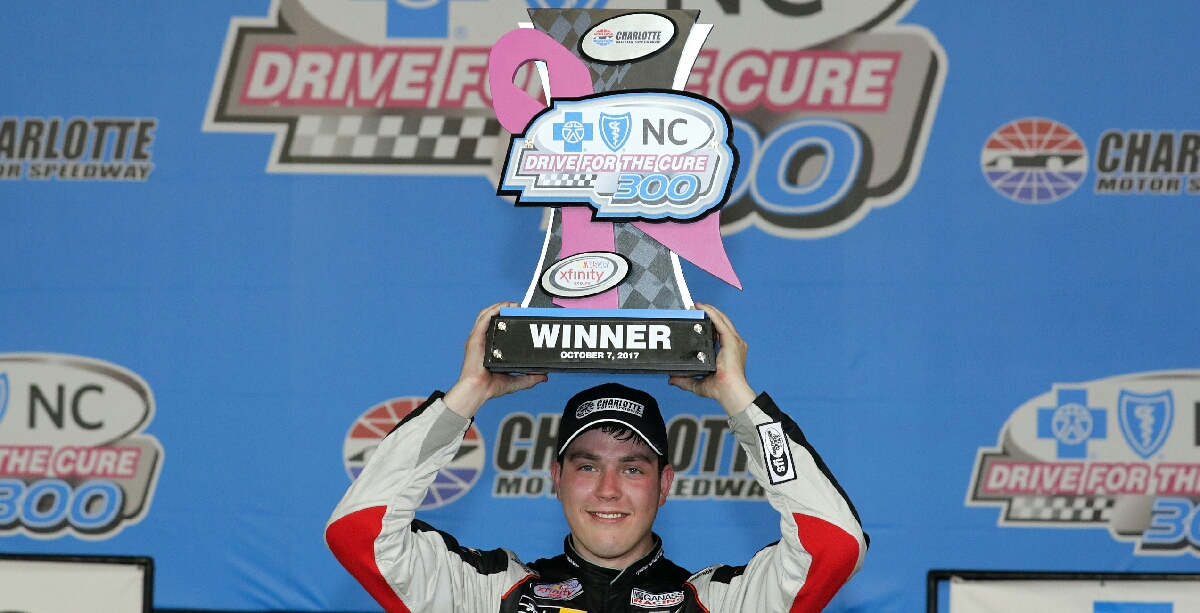 It’s been quite a week of ups and downs for some Xfinity drivers.

On Thursday, Alex Bowman was part of the big Hendrick Motorsport’s presentation of 2018 drivers and cars, with much praise being heaped on the 24-year-old heir to Dale Earnhardt, Jr’s #88 ride. And Saturday night saw Bowman, who was making his first NASCAR Xfinity start of the season, win the rain-delayed Drive For The Cure 300 in Charlotte.

?To get my first win here in my second home at Charlotte means so much,?? Bowman told NBCSN.

As good of a night as it was for Bowman, not so much for four other drivers who were eliminated from the playoffs. Brendan Gaughan, Jeremy Clements, Blake Koch and Michael Annett all saw their seasons end. Koch battled mechanical issues with his power steering and fell behind as the race progressed, finishing 25th. Gaughan was eliminated by a single point difference between him and Ryan Reed.

The field of drivers continuing on is now pared from 12 to 8. William Byron leads the standings, with Justin Allgaier and Elliott Sadler only 3 and 6 points behind respectively.

Teams now have two weeks to prepare for the October 21st race at the Kansas Speedway.