Street racing incident has turned fatal, and a father could face charges 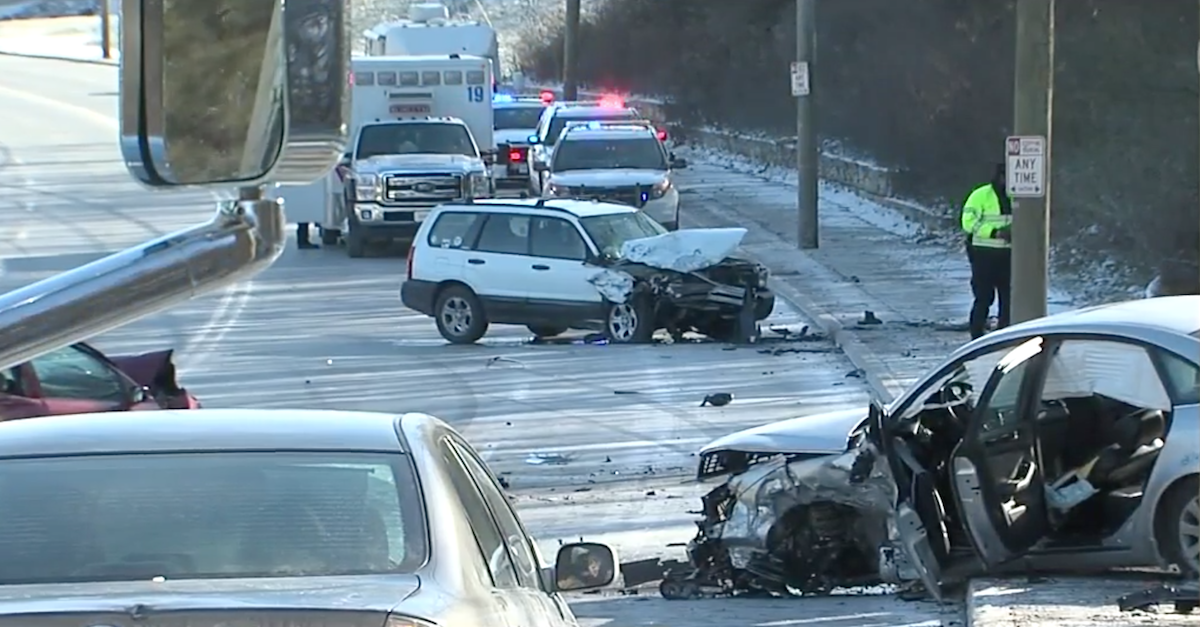 A four-year-old girl who was in a car police say was involved in illegal street racing has died, unable to survive the terrible injuries she sustained in the crash.

Her father, Terence McNulty, 25, was driving a 2004 Ford Taurus and racing Gerald Howell, 30, who was driving a 2001 Audi A6, police said in a news release and reported by WCPO 9 Cincinnati. The two vehicles made contact with each other, which caused McNulty’s vehicle to collide with a Subaru, and knocked the vehicle off road and over a guardrail. Howell’s vehicle also hit another car after the initial contact with the Taurus.

Police Sgt. Mike Machenheimer reported that McNulty’s 4-year-old daughter was riding with him at the time of the incident. She was wearing a seat belt but was not in a car seat. She was taken to Cincinnati Children’s Hospital where she’s being treated with life-threatening injuries.

“The other four drivers will be OK, have some injuries but not life-threatening,” Machenheimer said.

Police originally thought McNulty to be a victim of other drivers racing, but later found out otherwise. The police say the incident is unacceptable. The drivers could face charges of reckless driving, according to Machenheimer. He also said those charges could be upgraded.