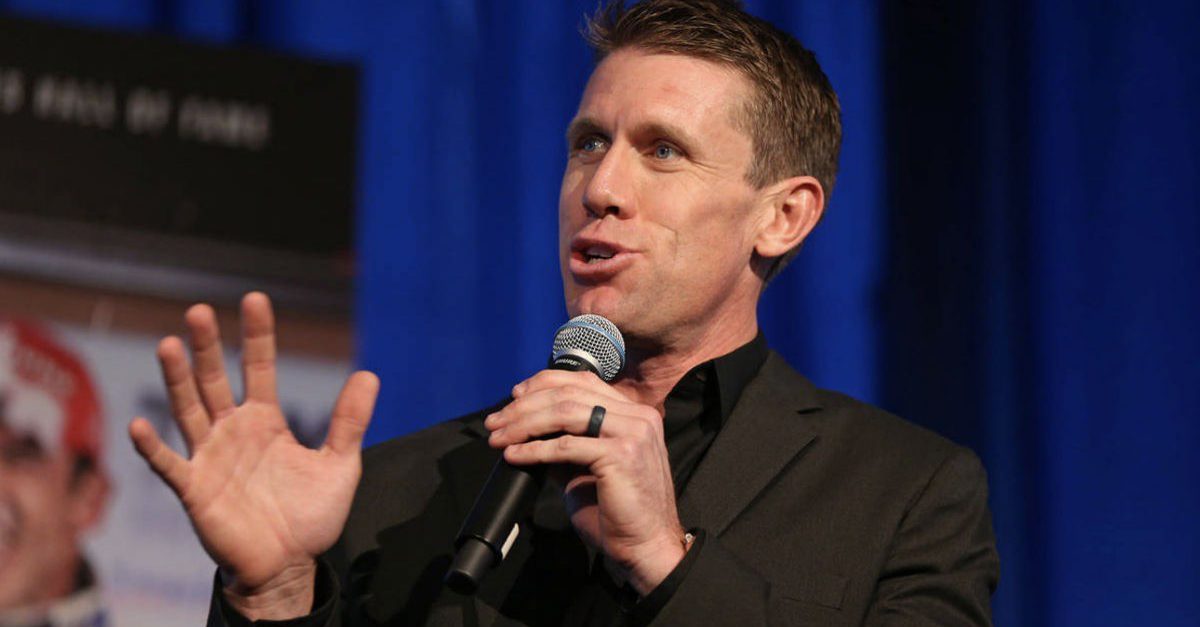 FORT WORTH, Texas (AP) ? Carl Edwards never did a celebratory backflip off his car after winning the NASCAR Cup race at Texas two years ago.

When Edwards went to Victory Lane late that night after the rain-shortened race, earning a championship-contending spot in the season finale, nobody knew that less than two months later he would walk away from the last year of his contract with Joe Gibbs Racing without the chance for another of his trademark celebrations.

“Coach gave me an opportunity to step away when it was best for me, and that’s a gift that I can never say enough about,” Edwards said in a visit to Texas Motor Speedway this weekend. “It was just unreal.”

Read More: NASCAR Great Carl Edwards Will Be Inducted into the Texas Motorsports Hall of Fame

There were only two more races in that 2016 season, and soon after that Edwards made what he said “was a really simple decision” to focus on other things.

Two years later, after a lot of world travel and plenty of time with family and friends, the 39-year-old Edwards said he has never wavered on his decision.

While Edwards does miss driving the cars, and the excitement and the people around racing, he doesn’t miss the constant grind that comes with being a full-time Cup driver. He doesn’t even follow NASCAR closely anymore.

“Because I’m so invested in it and it’s been so close to me, I don’t think I can follow without wanting to participate,” he said. “It would impossible for me. I try not to pay too much attention. … If I’m going to follow it every week and do all of that, I might as well come, and then I might as well drive, and then you’re right back into it.”

Edwards earned 28 Cup victories in 445 starts from 2004-16, with top 10 finishes in nearly half of those races (220). He was in the top four of the NASCAR playoff chase five times, including his last season when he came 10 laps way from winning the title. His best were runner-up finishes in 2008 and 2011.

His visit to Texas, only the second time he’s been at a NASCAR track during a race weekend the past two seasons, came when he joined IndyCar driver Helio Castroneves for their inductions Saturday into the Texas Motor Speedway Hall of Fame.

Edwards won four Cup races at Texas, matching Bristol as the tracks where he got his most wins.

As for driving again, Edwards said he has the feeling “something will come up that will be really, really fun and natural to go do, and I’ll drive a little bit more. But definitely I’m not going to sign a three-year contract to go run for a Cup championship.”

He misses road courses, and has spoken to some people about doing testing on those. There could be some dirt track or late model racing.

But NASCAR teams are no longer even calling him.

“I’ve had a couple of conversations with people, but none in the last year or so,” Edwards said. “I think everyone pretty much understands that I’m not really interested in coming back and doing anything too serious right now. It’s been off my radar for a long time.”