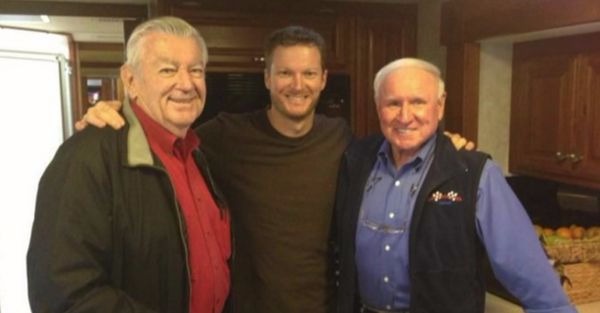 When 78-year-old Cale Yarborough joined the Twitter community, racing fans were absolutely eating it up.

With only 32 tweets since joining, it was obvious that Yarborough has his work cut out for him to connect with his fans, but the community was eager for him to try.

Unfortunately, it was too good to be true.

Just got word this is a pretty well put together but FAKE account. Oh well. As @TheOrangeCone would say "Things you'd never hear Cale say: "follow me on Twitter" 🤔😂 https://t.co/AflBeOzZd6

Why someone would go through the trouble of creating a fake Yarborough account is beyond us, but this is the internet we’re talking about.

Before it turned out to be fake, many of Yarborough’s fans had thanked the NASCAR icon for taking the time to learn Twitter and have even shared old-school photos of Yarborough from his time in the Cup Series.

Means a hell of a lot to me and my family that you're on here Mr. Yarborough. We've never had much but this is something us Herefords truly cherish.

On top of winning 83 Cup Series races and being the first driver to win three consecutive championships (76-78), Yarborough is credited with popularizing the sport thanks to his fight with the Allison brothers following the 1979 Daytona 500. That was the first time a NASCAR race was broadcast in its entirety and more people seemingly remembered that race for the fist fight, rather than the fact that Richard Petty picked up the victory, according to the New York Times.