Bubba Wallace Makes History With Win at Talladega, and His Reaction Was Electric 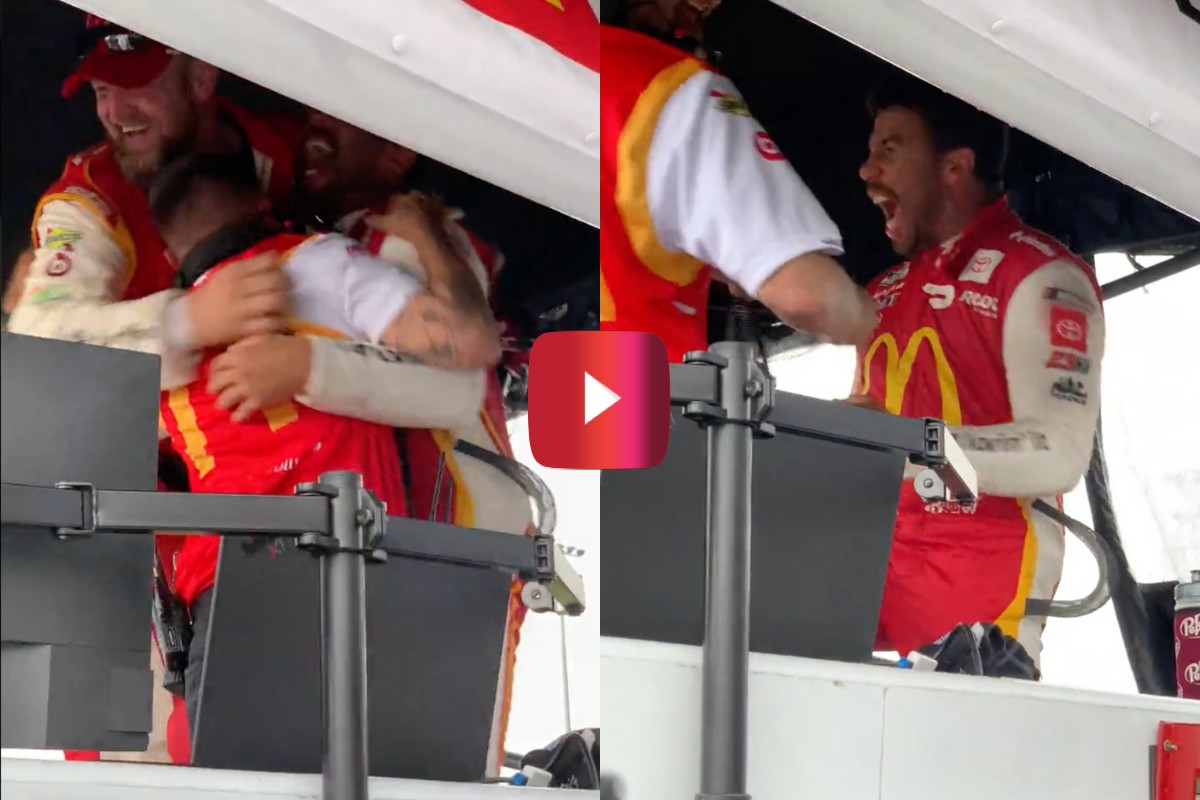 It was back in June 2020 when NASCAR officials discovered a noose in the garage stall assigned to Bubba Wallace at Talladega Superspeedway. This came just a week after the auto sanctioning body banned the Confederate flag from NASCAR events, a decision that was largely influenced by Wallace himself. Now, over a year later at the very same track as the noose incident, Wallace has made NASCAR history.

With his victory at the Yellawood 500, Wallace racked up his first Cup Series win, and became the first Black driver to win in the Cup Series since NASCAR Hall of Famer Wendell Scott on December 1, 1963. Driving the No. 23 Toyota for 23XI Racing, Wallace led five of the 117 laps in the Talladega race after driving through a crash. The race was stopped 71 laps shy of its full distance by the second rain shower of the day, and while NASCAR tried to dry the track for nearly 45 minutes, officials eventually called the race.

Before NASCAR made it’s official decision on the race’s outcome, Wallace waited on top of a pit stand with his crew. Once he was officially declared the winner, Wallace and his team erupted into an epic celebration.

“This is for all the kids out there that want to have an opportunity and whatever they want to achieve, and be the best at what they want to do,” Wallace said in a post-race interview, choking back tears. “You’re going to go through a lot of (BS). But you always got to stick true to your path and not let the nonsense get to you.

“Stay strong. Stay humble. Stay hungry. Been plenty of times when I wanted to give up.”

Denny Hamlin, who co-owns and operates 23XI Racing with basketball legend Michael Jordan, celebrated with Wallace and his team after the big win.

“It’s just way more emotional because I know how difficult it is. These guys have worked so hard over the last 10 months to put this team together,” said Hamlin, who placed seventh in the Talladega race. “We’re still in the beginning stages of our team. We’re still growing. We’ve got some great things on the horizon. It’s just a great morale booster for everyone.”

The final race in the second round of the playoffs will be on Sunday, October 10, at The Roval at Charlotte Motor Speedway, which is where the field of 12 drivers will be trimmed to eight.