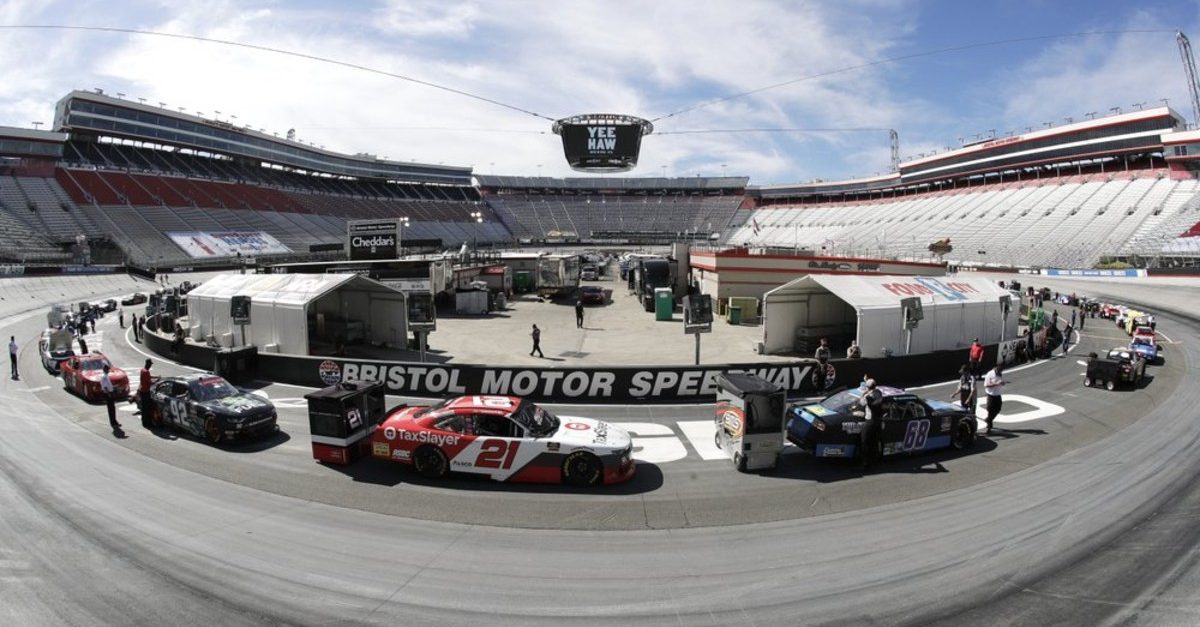 Bristol Motor Speedway has sold all of its ticket capacity for the NASCAR Cup Series playoff race on September 19, the Tennessee short track officially announced Wednesday.

Bristol, which has an official capacity of 162,000, is expected to have about 30,000 socially-distanced fans for the Bass Pro Shops Night Race. The NASCAR Cup Series race is the final race in the first round of the Cup playoffs.

?We are grateful to those guests who are placing their confidence in us during these unprecedented times,? Jerry Caldwell, executive vice present and general manager of Bristol Motor Speedway, said in a statement.

?We want to thank our community and state leaders, our colleagues at NASCAR and Speedway Motorsports owners, Bruton and Marcus Smith for trusting us to put on these historic events with Playoff implications at Bristol Motor Speedway. We take this responsibility seriously and will work hard to ensure our team and vendors execute this event in the safest manner possible.?

BMS will also allow fans for the regular-season finale for the NASCAR Xfinity Series, which is on September 18. Fans will not be allowed at the NASCAR Truck Series playoff race on September 17 or the ARCA Series race.

As far as COVID-19 safety precautions go, fans will have their temperature screened upon entry and will be required to wear a mask in common areas. More information regarding race weekend is available on bristolmotorspeedway.com.

1. Considered one of NASCAR’s loudest tracks, Bristol Motor Speedway has several nicknames, including “Thunder Valley,” “The Last Great Colosseum,” “The World’s Fastest Half-Mile,” and “The Bullring.”

2. Darrell Waltrip holds the record for the most wins at Bristol Motor Speedway with 12.

4. Three football games have been played at Bristol Motor Speedway, the first being an NFL match-up back in 1961 between the Philadelphia Eagles and the Washington Redskins. In 2016, BMS also hosted the Tennessee Volunteers and the East Tennessee State Buccaneers for their respective games.

5. There are currently eight races run at BMS across five different series. In the NASCAR Cup Series, there is the Food City 500, the Bass Pro Shops NRA Night Race, and the NASCAR All-Star Race. The track also holds the Alsco 300 and Food City 300 in the Xfinity Series, while the UNOH 200 is its only Truck Series race.

Bristol Motor Speedway also the site of the Zombie Auto 150 in the ARCA Series and the NHRA Thunder Valley Nationals.