Hemi-Stuffed Impala Has 2,000 Horsepower and Dominates the Drag Strip 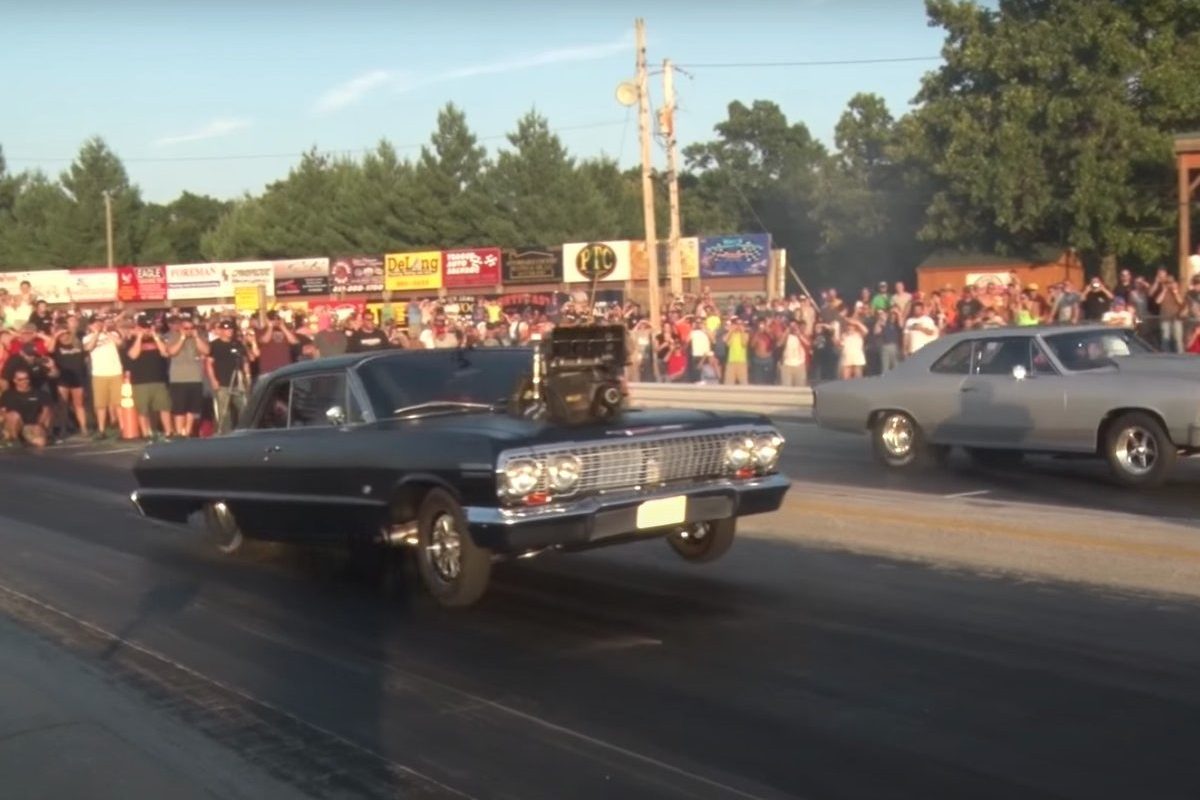 De Gudfar, which is Norwegian for “The Godfather,” is an absolute monster of a drag racer. With its humongous 540CI blown Hemi engine that runs on alcohol, the souped-up 1963 Chevy Impala makes about 2,000 horsepower straight to the wheels and leaves its competition in the dust every single time. The only problem is that generating all that power means it shreds tires super fast and loses a healthy amount of grip. But, if you’re still winning races while sliding around like that, you’ve got nothing to worry about.

Don’t just take our word for it, though. Thanks to the guys over at 1320video, we got to see footage of this beast in action and it’s definitely packing some raw power.

According to the video’s description, the 1320 team “ran into this car, owned by Jamond Haug and his brother at the Ozark Raceway Park and at the I29 Dragway for some No Prep Races and we were blown away by how gorgeous this thing is.”

“With this Monster making well over 2000hp to the tires, it looks insane going down the strip! Traction is NOT on the Gudfar’s side…going up, down and side to side, before it makes its way across the finish line, surprisingly winning with very little traction in many races! These are LITERALLY the first full passes on the car. We’re certain we will see this beast taking home some big $$$ very soon!

Now, as you could probably tell from the video, this tricked-out Chevy has more power than it knows what to do with. It’s like a bucking bronco out on the track. With the correct adjustments to make it just a little bit easier to control, this thing could be absolutely UNSTOPPABLE on the drag strip.

READ MORE: The ’67 Chevy Impala From Supernatural Is One of the Show’s Best Characters