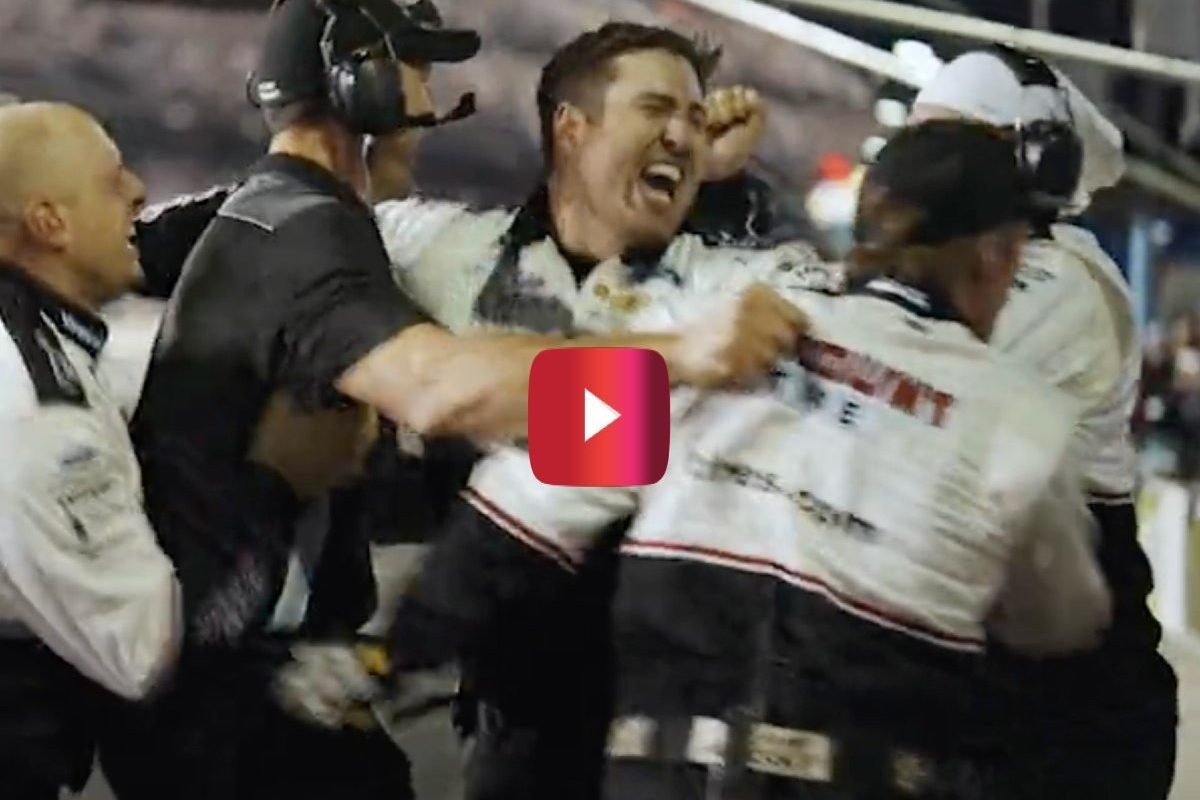 Austin Cindric shocked the NASCAR world last Sunday when he pulled off the improbable and won the 2022 Daytona 500.

The 23-year-old driver for Team Penske survived several big wrecks to get his big win. These were wrecks that caught up the likes of Denny Hamlin, Kyle Larson, and William Byron, all of whom were early favorites to get the W at the Great American Race.

But, it was the Columbus, Ohio native’s time to shine, and shine he did.

The electricity of Cindric’s momentous day in Daytona is perfectly captured in the below video, which shows his crew celebrating on pit road as soon as Cindric is the first to cross the finish line.

Go inside the celebration with @AustinCindric's crew on pit road Sunday! pic.twitter.com/pgXXbNSdjT

“This is by far the best thing I’ve seen from yesterday,” Cindric said about the video in a tweet sent Monday. “Can’t describe how happy watching this makes me.”

The rookie Cup Series driver, who won the 2020 Xfinity Series championship and racked up five wins in 2021, is already on pace to win Rookie of the Year honors in 2022.

Obviously, it’s too early to tell, with only one Cup race in the books. Still, Cindric has come a long way at Daytona since wrecking out on the first lap of his first Daytona Camping World Truck Series race in 2017 and finding the same fate at the Daytona Xfinity race the following year.

In any case, Cindric is still taking the time to soak in his win, which also fortuitously fell on Team Penske owner Roger Penske’s 85th birthday.

After ripping his victory burnout, Cindric got a chance to celebrate with his team. It was at that moment, being with his pit crew members and celebrating in Victory Lane, when Cindric’s impressive feat truly sunk in for the driver of the No. 2 car.

“It’s a racer’s dream, and so many people get close to it, and I feel very grateful and very proud to be able to pull it off.”